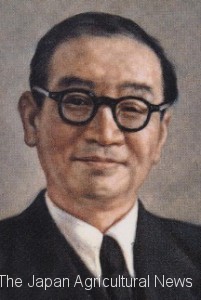 Kagawa had already published a paper entitled “National Health insurance and medical insurance” in magazine “Medical cooperatives movement” November 1932 issue. In it he claimed, “In order to extinct the poverty of our country and remove the life anxiety, implementing the health insurance for the public masses is indispensable.”

Sangyokumiai (cooperatives) also studied the National Health Insurance internally, and receiving guidance of Kagawa and the Ministry of Agriculture and Forestry, proposed to the Ministry of the Interior as follows;

“Acting as agent” caused showdown with the Medical Association 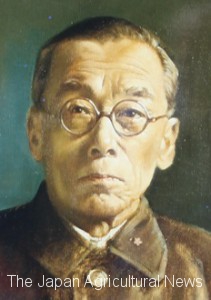 In February 1937, around the time the Imperial Parliament deliberation was about to begin, there was rumor that Medical Association was going to gather members in Ueno Seiyoken restaurant (Tokyo) and open the national congress of physicians. Among insidious situation, turning the face white, the clerk of the Ministry of the Interior visited Taiichi Kurokawa (later managing director of National Mutual Insurance Federation of Agricultural Cooperatives). “The bill could be crushed by the political power of the Medical Association. Could sangyokumiai (cooperatives) open the national congress to support the bill?” The clerk pleaded so fiercely.

Many of the attendees of Medical Association side stayed in Tokyo even after their national congress. They waged a petition battle against the elected lawmakers in each electoral district. It also happened commotion that police went into action receiving report from the lawmakers tired of tenacity of both sides.

According to later aggregation survey, number of sangyokumiai (cooperatives) acting as agent of the National Health Insurance operation in the nation reached up to 2,554. It was the one step of social reform that Kagawa had aimed by jumping into the poor relief later linked to labor movement, farmer movement, and cooperatives movement such as consumption cooperatives.