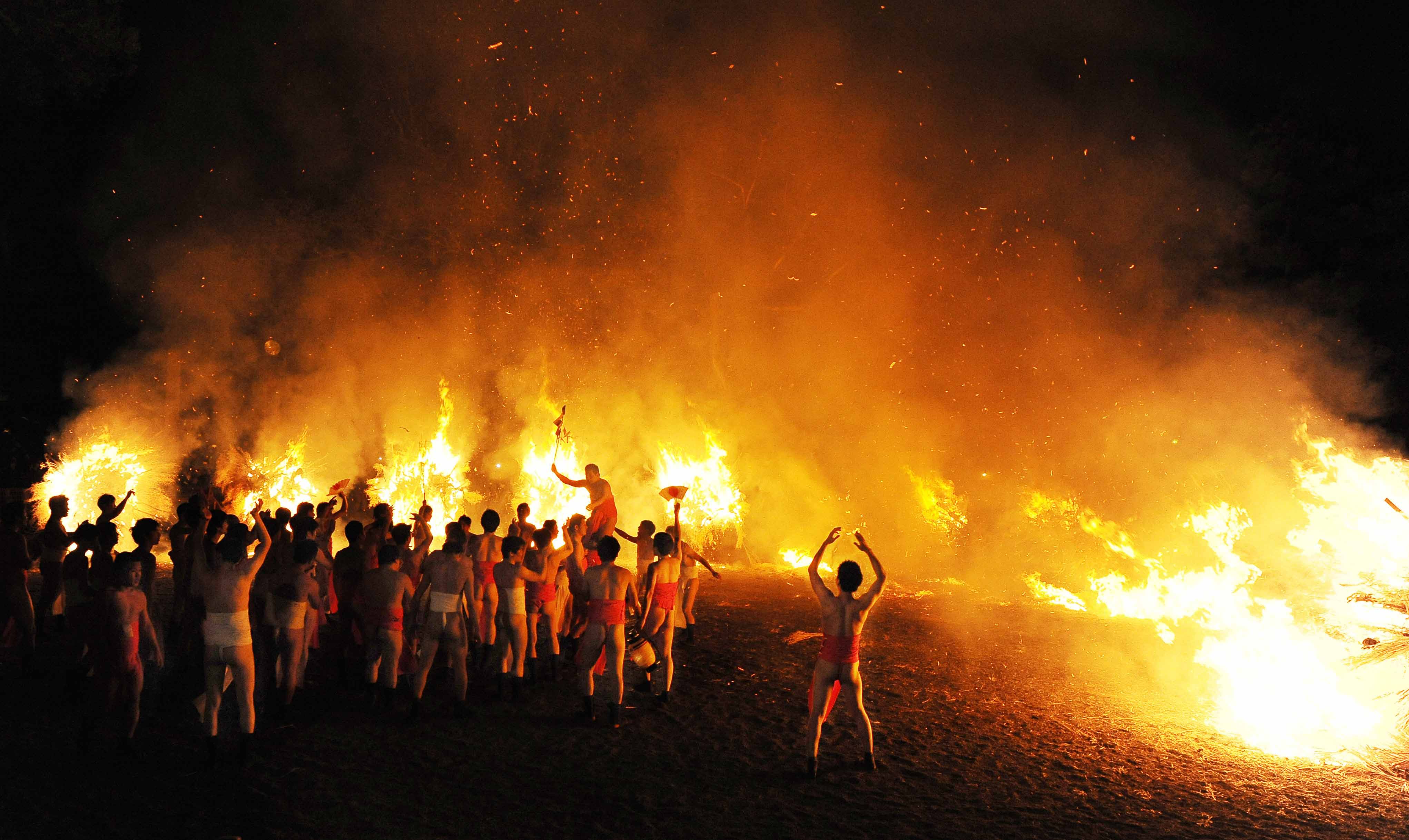 Torch bearers dancing wildly under a shower of sparks (in Moriyama-shi, Shiga Prefecture)

On the second Saturday in January every year at the Katsube Shrine in Moriyama-shi, Shiga Prefecture, half-naked young male villagers wearing fundoshi loincloths dance wildly around the blazing fire to pray for huge harvest. The festival with an 800 years of history is called Katsube Shrine Fire Festival and is continued by today’s young villagers. 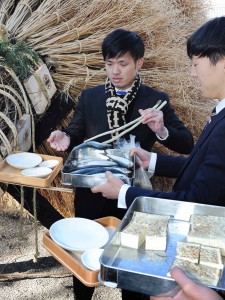 Rice, sardines and grilled tofu were offered in prayer to each of the torches. Then chief priest of the Shinto shrine recited prayers.

Early in the morning on January 9 this year, people gathered at the shrine to make 12 giant torches using timbers of Alnus japonica, bamboo and rapeseed straws. The torches are about 5 to 6 meters long and weigh over 400 kilograms each. They are made by assembling several pieces of bamboo around a timber tightly using thick straw ropes, and then wrapping one side of the bamboo bundle with dried and seeded rapeseed straws.

In the evening on the same day, a group young male villagers between the age of 13 and 34, Taimatsu-gumi or torch bearers, marched into the shrine with the 12 gigantic torches. They placed the torches in a semicircular shape and lit them all at once. Then the group of around 50 fundoshi clad young men started to dance wildly in front of the blazing fire, shouting loudly “Go-yo! Hyo-yo!” to pray for no illness and good health. 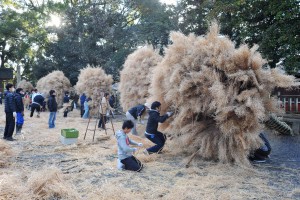 People gathered early in the morning to assemble giant torches.

The festival is based on the story that can date back to the time of the Emperor Tsuchimikado in the Kamakura Period. When the emperor fell ill, he sent hunters to kill an orochi monster dragon serpent. Then the hunters killed and burned the body of the monster and the emperor recovered from the illness. The gigantic torches represent the dragon serpent.

It takes a full year to prepare for the festival. The members of the torch bearers 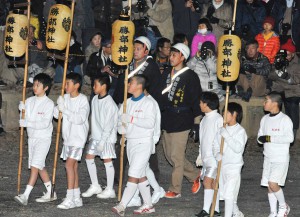 start gathering materials for the torches a number of months before the date of the festival. Head torch bearers this year was a 34-year-old villager, Hiroaki Kojima. He said, “The festival was handed down to us by our elder generations. Now it’s time for us to pass on this tradition to future generations.”

The climax is when the fire set the night sky ablaze. The men got even more excited and performed a fast and furious dance in rings right in front of the blazing torches.