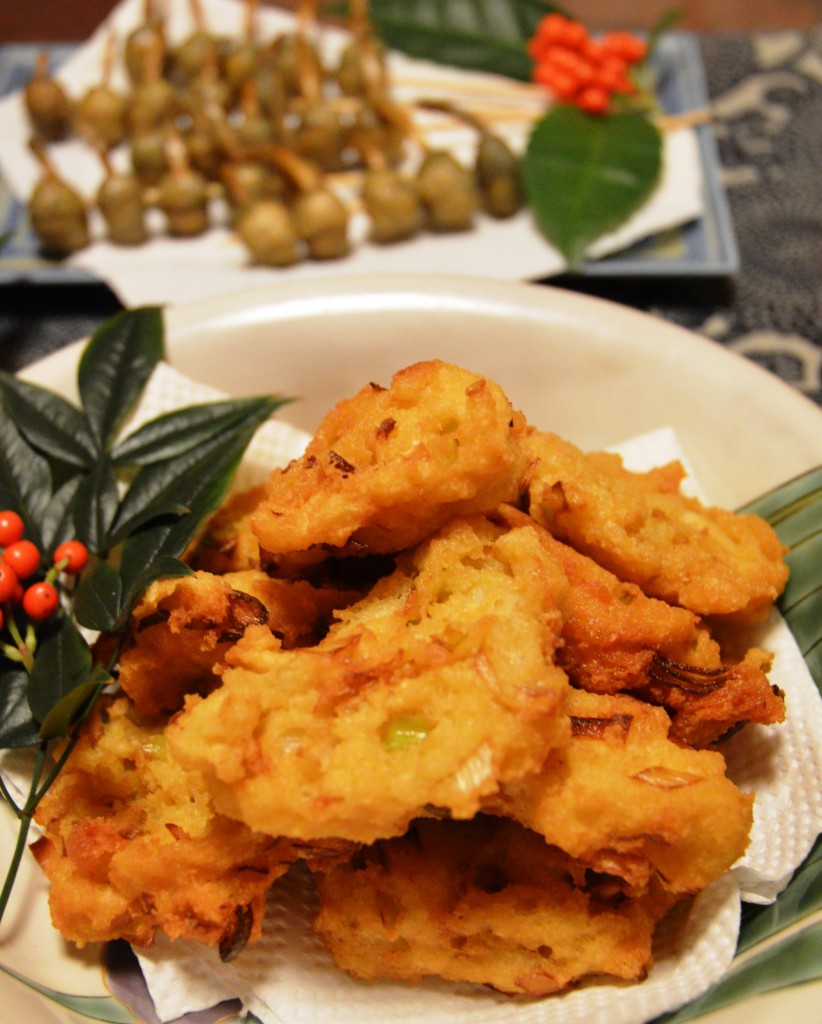 Enjoy the best combination of kuwai flavor and crispy but melting-soft texture!

Kuwai, a root of the sagittaria plant also known as an arrowhead in English, is one of many lucky foods for the new year in Japan. As it sprouts easily and vigorously, it’s said to be a symbol of successful life and good luck in the future.

But in one of Japan’s largest kuwai producing regions, Saitama Prefecture, it’s one of the staple ingredients for the local favorites including slow-simmered kuwai, fried whole kuwai, kuwai crispy chips, and of course, deep fried kuwai flitters.

The plants are grown in the paddy field and kuwai growers need a good source of water. The prefecture was found suitable for the kuwai production in the Meiji Era, “thanks to the Minuma Agricultural Water Ditch that always ensures enough supply of water,” according to Shigeo Wakaya, a 64-year-old farmer who grows kuwai at his 60-are paddy. “Also thanks to the Ayase River, we can discharge the water out of the paddies very easily,” he added. 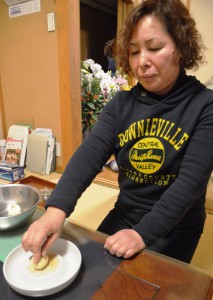 The flitters are one of the must-to-have dishes at home and gatherings as snacks to go with the beer. Kuwai has a little bit bitterness but “the process of deep frying will take away extra bitterness and make it milder,” according to Shigeo’s wife, Takako. Also, this is probably one of the easiest recipes for cooking this rather expensive vegetable, too, as what you do are just grating kuwai, mixing well with an egg and other ingredients, and deep frying. If you use minced meat and onion, instead of spring onions, it will be more like a ground meat cutlet. Some families add other ingredients such as dried whitebait fish to make it original.

However, the key to make it crispy but soft in texture is in properly controlling oil temperature. You are to keep the oil to medium temperature at around 170 degrees centigrade and fry grated kuwai batter slowly until it turns golden brown. Then, your flitter will have right combination of slight bitterness and crispy but melting-soft texture that will make you unable to stop eating!

Recipe for Deep fried kuwai flitters
■ Ingredients (4 or 5 servings)
-20 kuwai
-1 egg
-1 tablespoon sugar
-Touch of salt
-2 teaspoons soup stock powder
-1 spring onion
-Cooking oil
■ How to cook
1) Wash kuwai and peel off the skin. Then, grate them.
2) Put grated kuwai, egg and other ingredients except spring onions into a bowl and mix well.
3) Cut spring onion into small pieces. Add them to the bowl and mix well.
4) Heat the oil to approximately 170 degrees centigrade. Put a tablespoonful batter into the oil and fry until it turns golden brown.