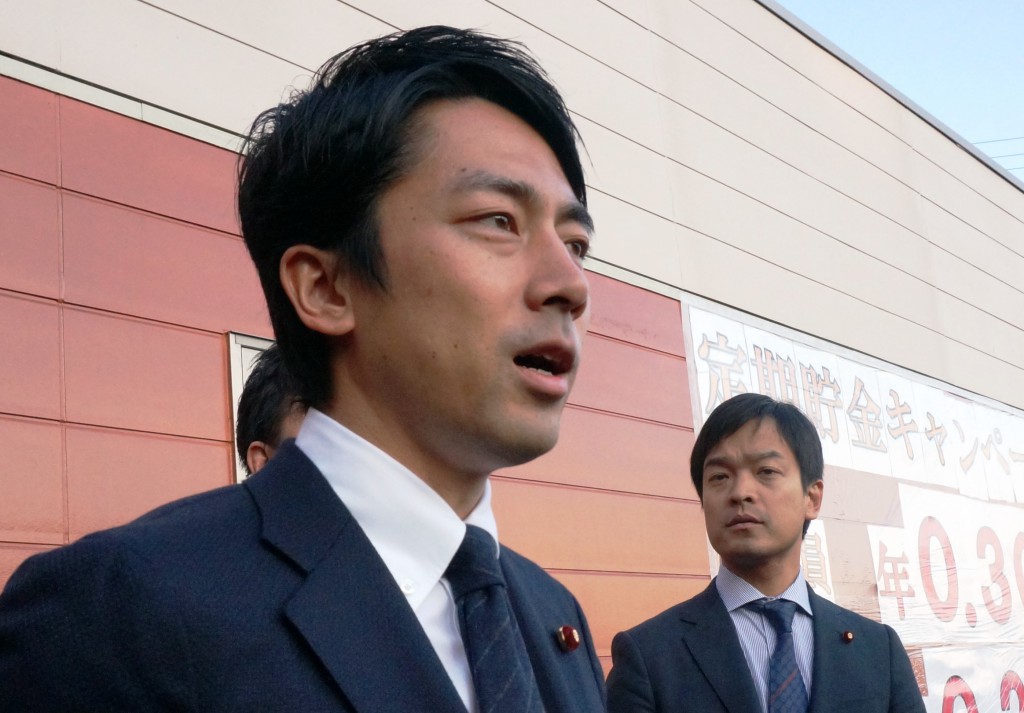 Shinjiro Koizumi speaks to reporters in Tsuchiura, Ibaraki Prefecture, on Wednesday, Jan. 13, after visiting farming materials facilities in the prefecture

Shinjiro Koizumi, head of the ruling Liberal Democratic Party’s Agriculture and Forestry Division, said Wednesday, Jan. 13, that structural reform in procurement of farming materials is necessary to reduce costs as part of measures to cope with market liberalization under the Trans-Pacific Partnership agreement.

Koizumi, who was visiting retailers and suppliers of farming materials in Ibaraki Prefecture, suggested merging of fertilizer manufacturing plants to improve productivity.

He also pointed to the low ratio of agriculture-related loans by the Norinchukin Bank, saying that he will monitor the situation.

The LDP plans to launch a project team headed by Koizumi to start discussing next week issues that remain to be dealt with to cope with expected changes under the TPP agreement, including price setting of farming materials. The party is expected to compile medium- to long-term issues by fall, based on the discussion.

Speaking to reporters in Tsuchiura, Ibaraki, Koizumi said that there are some 16,000 different types of fertilizers marketed in Japan, compared with about 100 in South Korea. “We have to think about whether it is really necessary to have 16,000 fertilizers and about the operating ratio of factories that produce that many types of fertilizers,” he said. “Unless we dig into structural problems, we would not be able to build a new era for agricultural policies.”

He said that during his visit to Ibaraki, officials of the National Federation of Agricultural Co-operative Associations (JA Zen-Noh) indicated merging fertilizer factories with low operating rates. “I saw they are also willing to take moves to create a system with higher productivity,” he said.

Meanwhile, Koizumi pointed out that financing is another structural problem, adding that the project team will take up the issue of extremely low percentage of the Norinchukin Bank’s funds being used for agriculture-related loans.

“The fundamental issue is to eliminate waste,” said Toyokuni Kakurai, head of the prefectural union of agricultural co-ops in Ibaraki who exchanged opinions with Koizumi. “We will make efforts to increase farmers’ net income as much as possible,” Kakurai said, expressing willingness as suppliers of farming materials to work on reducing prices.