Yamagata is preparing to celebrate Hina Matsuri with rice cakes 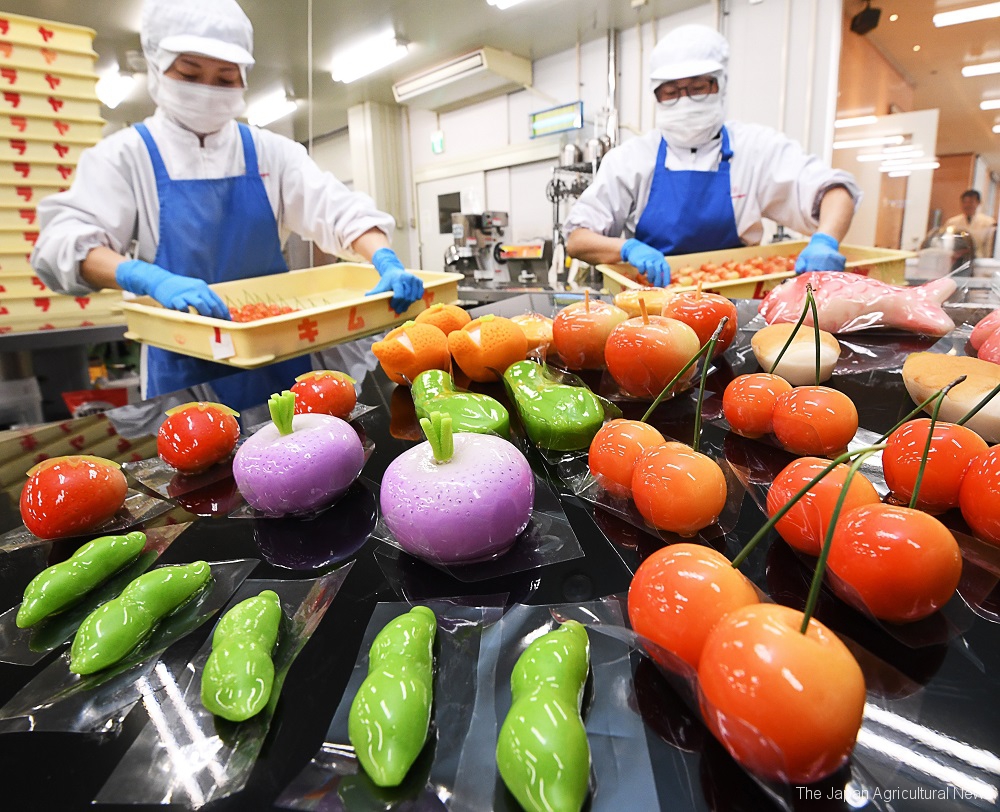 TSURUOKA, Feb. 24 ― As the month of March is approaching, so is the production of Japanese rice cakes here that feature local farm produce in Yamagata prefecture.

March 3 is a Japanese traditional holiday, also known as Girls’ Day or Hina Matsuri, which wishes for the good health for young females in a family. It is customary to display beautiful dolls in the house.

Tsuruoka city has a tradition to display its rice cakes next to those dolls. The rice cakes resemble locally grown vegetables and fruits such as cherry.