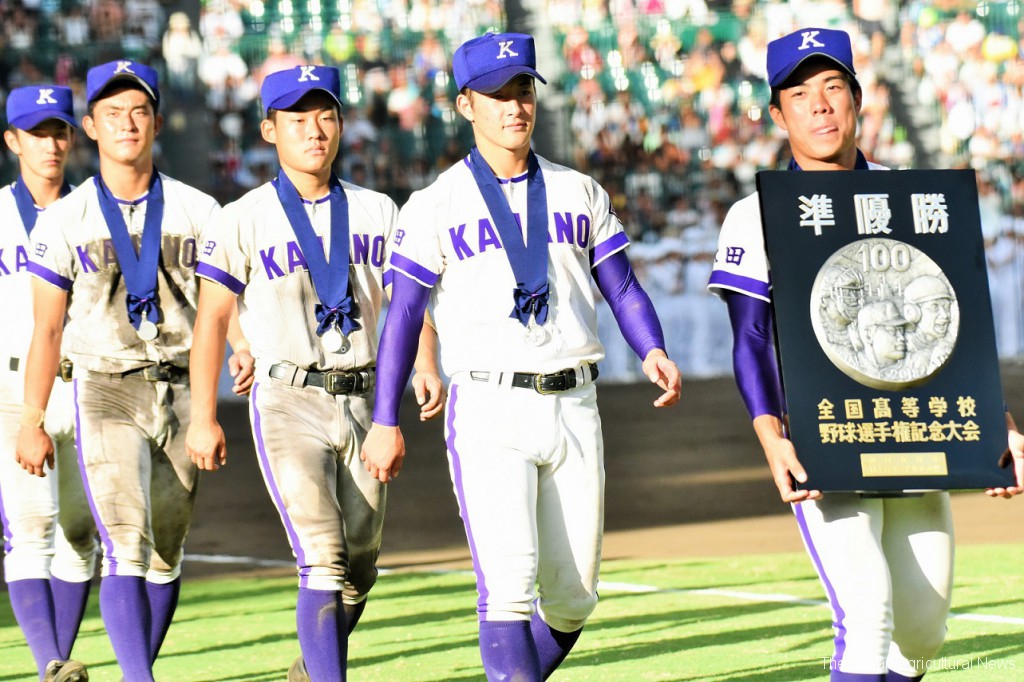 The team, the first from Akita to reach the final since 1915 and the first agricultural high school to do so after World War II, left a new footprint at Koshien Stadium in Hyogo Prefecture, impressing people with its never-give-up attitude.

“We were able to come this far thanks to the support of the local community,” Kanaashi Nogyo ace Kosei Yoshida said in tears after the game. “Our team was great.”

After the game, the team members approached and thanked supporters in the gallery who applauded them.

“Kosei looked exhausted in the final and appeared strained because he was playing against a powerful team,” Yoshida’s 42-year-old father said. “I don’t usually praise him, but today I want to say to him that he did a great job.”

The principal of the school praised the team, saying: “They did a really good job. It is awesome that a public agricultural high school actually reached the final. We are receiving a lot of messages of gratitude (from people who were impressed with the team). Although the team lost in the final, I want team members to come back to Akita proudly.”

A 68-year-old rice farmer of Katagami, Akita, who went back and forth between Akita and Hyogo to watch the team’s three games said: “I put my farm work aside and went to Koshien. Kana-no’s outstanding performance was good news for the agriculture sector which had a lot of bad news recently.”

Kana-no excited the gallery with a come-from-behind three-run homer in its game against Yokohama High School from Kanagawa Prefecture, and with a two-run squeeze play in the bottom of the ninth that led the team to victory over Ohmi High School from Shiga Prefecture. Yoshida even recorded a 150 km/h ball.