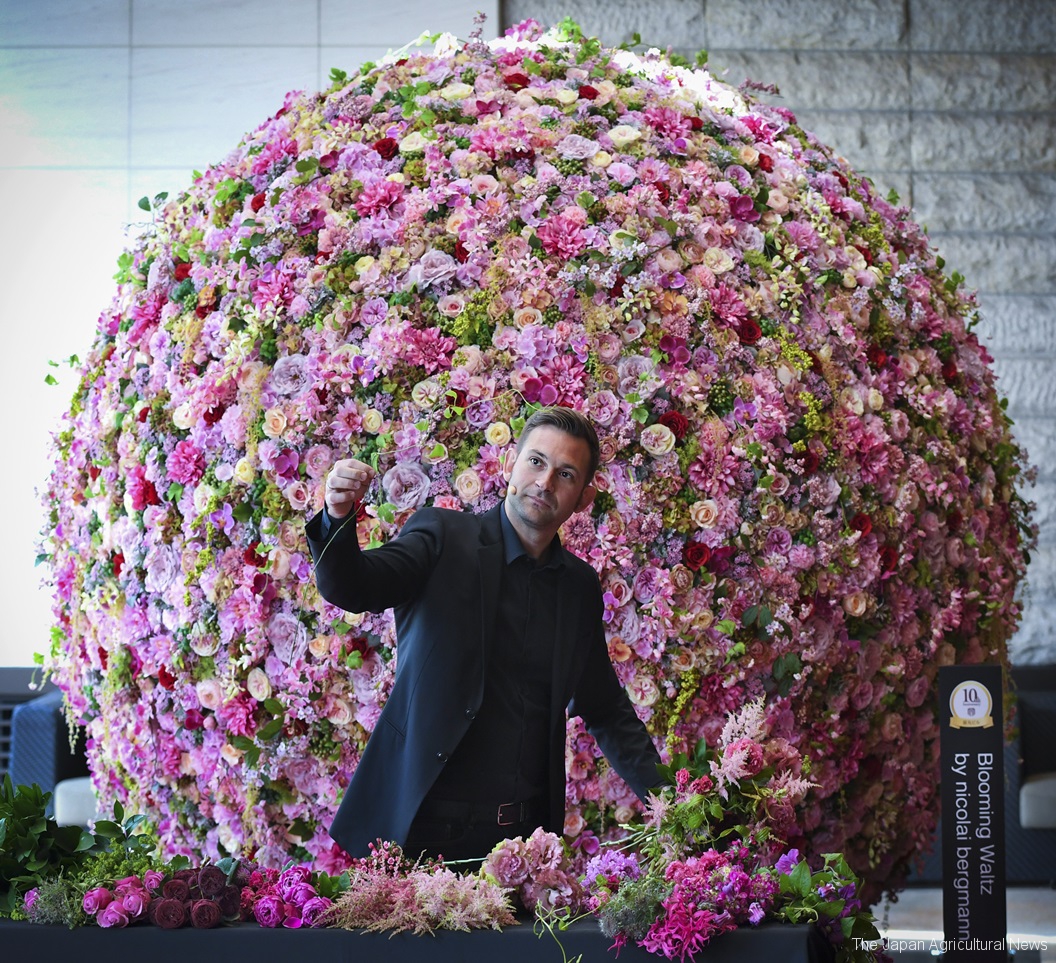 Nicolai Bergmann performs ikebana flower arrangement in front of his work in the Marunouchi district of Tokyo.

A large spherical floral artwork, measuring 2.5 meters in diameter, appeared on April 27 at Shin-Marunouchi Building near JR Tokyo Station to commemorate the 10th anniversary of the opening of the building.

Bergmann, now a resident of Tokyo, studied at a gardening school in Denmark and moved to Japan, inspired by Japanese cultures such as kimono and traditional handicrafts.

While working at a flower shop in Saitama Prefecture, he studied the Japanese art of flower arrangement. After he opened his own flower shop, his distinctive arrangements created by fusing Japanese and European aesthetics attracted a lot of attention.

Bergmann, who speaks fluent Japanese, said he hopes visitors who look at his work will feel the refreshing sense of season and the adultlike shades of pink depicting the image of the Marunouchi business district.

The artwork will be displayed through May 14.