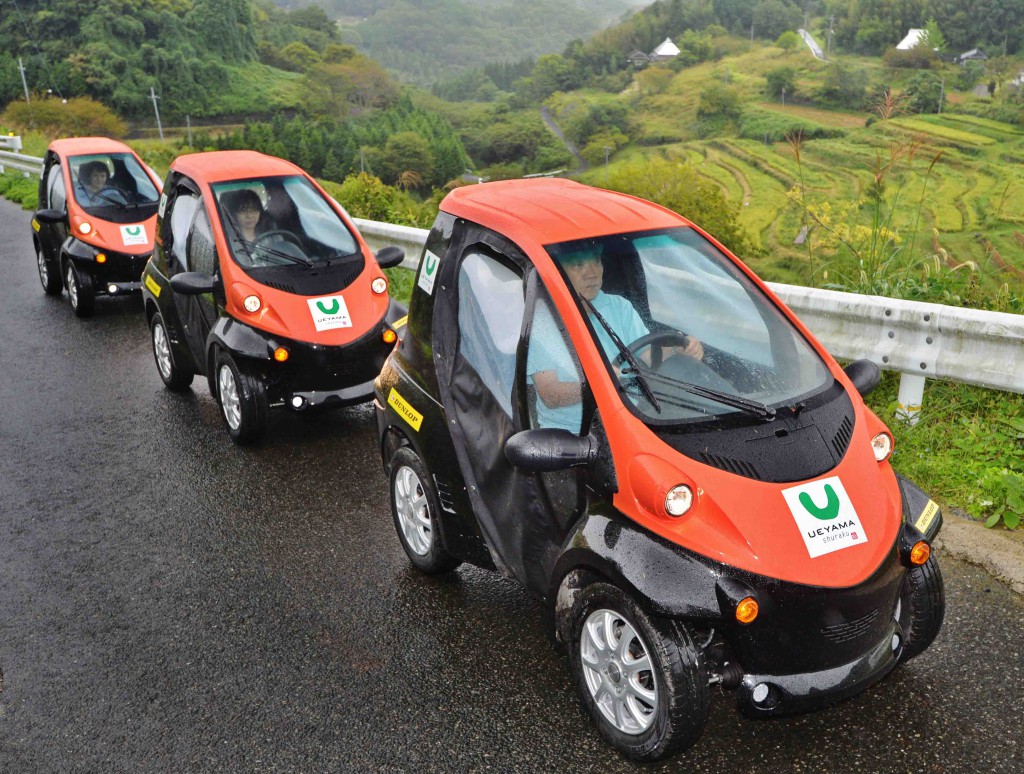 Ultra small electric vehicles introduced to Ueyama village made it easier for villagers to go around and communicate with each other (in Mimasaka city, Okayama Prefecture) 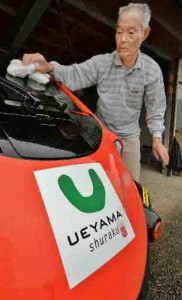 An 83-year-old farmer washing an electric vehicle. The letter U printed on the seal on the hood comes from the name of the village.

Super compact electric vehicles and a small mountenous village. The trial to see if they can make a winning conbination started in January 2016 in Ueyama village, Mimasaka, Okayama Prefecture. The cars that belong to local non-profit organizations (NPOs) and its partners can be used by licensed drivers in the village free of charge as new and hopefully permanent means to get around the distrcit with narrow mountenous roads and no gas station.

The trial runs are scheduled to go on for a limited time only. The NPOs obtained a fund from Toyota Mobility Foundation, prepared 10 units of single-seater super compact electric vehicles, the Toyota COMS, and made five of them available for rent for a month at a time. 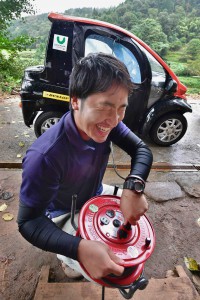 The roads of the village are often so narrow that even mini-vehicles find it difficult to pass each other. Measuring only 1 meter in width and 2.4 meters in length, the COMS is already popular among the villagers as the cars which are easy to handle. For that reason, all five of them are always booked up.

The electric cars requires no fuel. Their batteries can be recharged only in six hours using 100-volt regular houshold power sockets and they run up to 50 kilometers on a single charge. This is a huge advantage for drivers in the mountainous community. “I don’t have to go down the mountain to get the car refilled. It means I can move arond more freely,” a 60-year-old 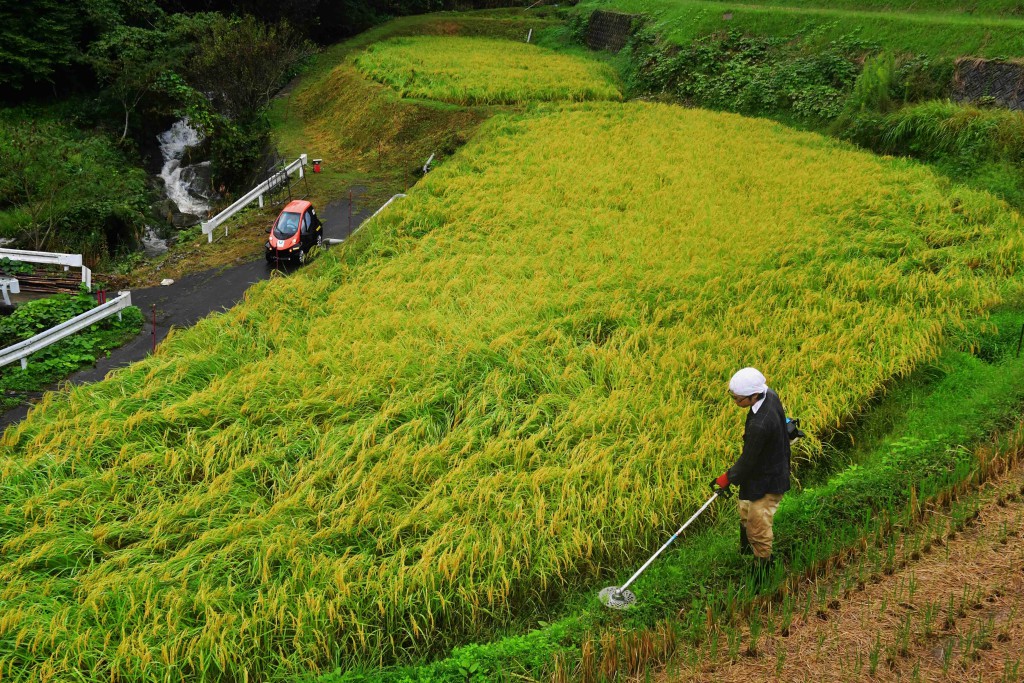 user of the COMS said happily.