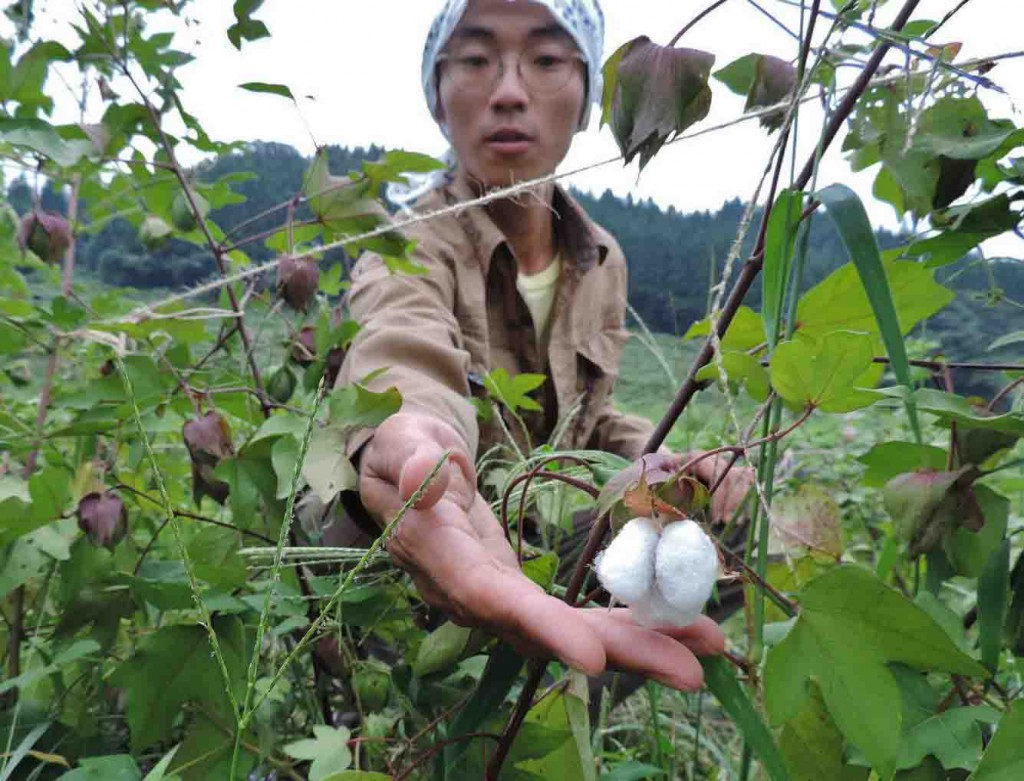 Futon shop owner and farmers collaborate in growing Japanese breed cotton and supporting use of recycled cotton in Toyama Prefecture
The very first raw “yumigahama” Japanese breed cotton harvesting began at an abandoned rice field in one mountainous farm area in Matsukura, Uotsu, Toyama Prefecture. It’s a part of the project named “Wata Hajime,” which literally means “starting with cotton” and aims at starting and expanding the production of Japanese native breed cotton in the prefecture so that the product which is free from bird and animal damage can create jobs and a place to gather for local female and senior workers. The project also focuses attentions to the increasing disposal of futon (traditional bedding) in Japan and believes that the production of the easily recyclable material can help creating a sustainable society.

The project began as a collaboration between a local futon shop owner, Takuya Ogo (43), and a farmer and his wife, Ryota and Fumie Hienae (30 and 33), who were looking for a new idea to make use of their abandoned rice field. Ogo had a chance to learn about an initiative in Chiba Prefecture and was deeply struck by the idea of growing Japanese native breed cotton in order to bring back the Japanese cotton culture. Then he asked Hienae and his wife to grow yumigahama cotton.