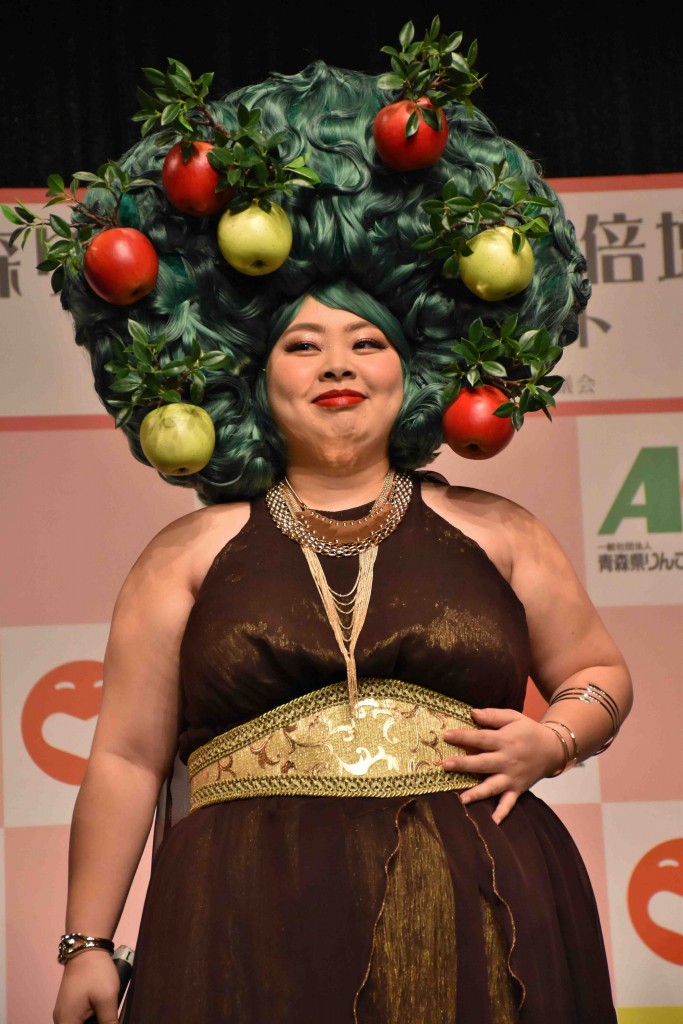 Watanabe came on stage with a big apple tree Afro wig. (on September 26 in Shinjuku-ku, Tokyo)

On September 26, 2016, a council for promotion of Aomori-grown apples, Aomori Prefecture Apple Measure Council, held an event in Tokyo to promote apples grown in Aomori Prefecture, featuring a famous female comedian. The plus-size comedian Naomi Watanabe appeared on stage wearing a huge apple tree Afro wig. A commercial video, in which Watanabe takes a big powerful impressive bite of an apple, is now available online on the council’s website.

The hot big comedienne who has earned 5 million fans on one social networking site said that she wants to make Aomori-grown apple famous all over the world. As a girl whose weight is over 100 kilograms, she said, “I want to loose weight by eating apples.”

The event was a part of the promotional project co-hosted by the council and Yoshimoto Kogyo Co., Ltd, a major Japanese entertainment conglomerate headquartered in Osaka. It highlights high potential and nutritious and cosmetic advantages of apples, particularly featuring Hirosakifuji apples which have superb flavor with proper sweet-tart combination and Toki apples which are known for first-rate sweet flavor..