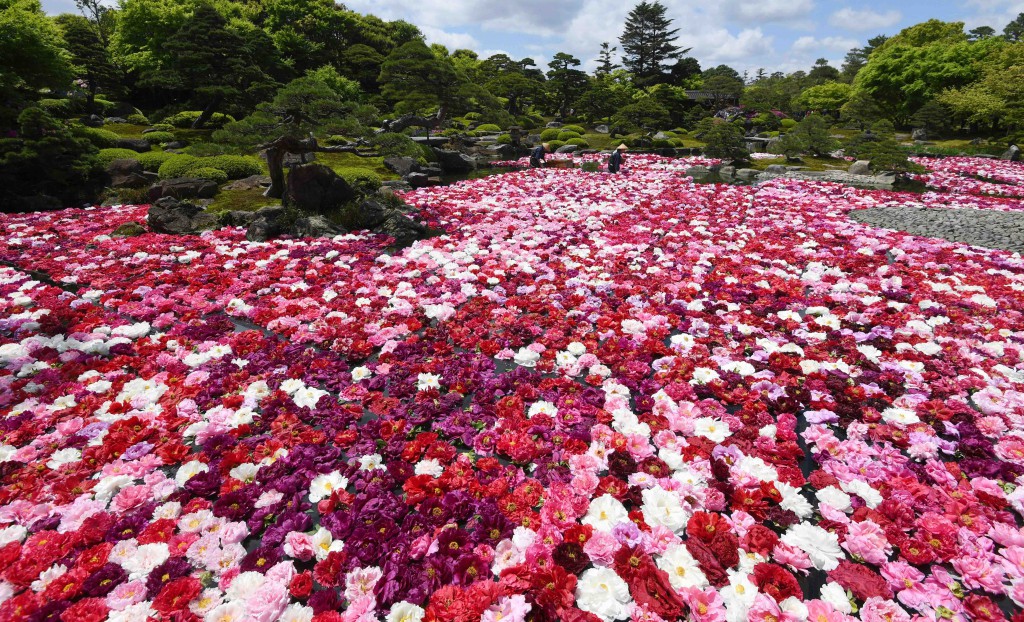 Ponds of Yuushien were covered by more than 30,000 peony flowers in “Chisen Botan” festival. (in Matsue-shi, Shimane Prefecture)

In late April, the pond is filled with over 30,000 blossoms of peonies. The attraction is called Sanmanrin-no-Chisen-Botan, meaning ponds with 30,000 peony blossoms in Japanese, and held in Yuushien Japanese garden on the Daikon Island in Matsue-shi, Shimane Prefecture. The island is the largest producer of young peonies and these flowers are gathered from local peony farmers, 30 of them in total this year. 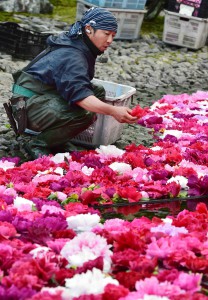 The breath-taking scene first appeared four years ago as the highlight of the garden’s spring peony festival and with the aim of bringing more people to the island. In 2015, during the festival that offers this very exclusive experience, the garden was visited by approximately 50,000.

Those who visit the festival in 2016 could enjoy the Chisen Botan even on a larger scale with more than 40,000 peony blossoms of approximately 500 different kinds covering the water surface. The spectacle lasted only for eight days, starting from April 29. Gardeners of Yuushien prepared the flowers on

the ponds by hand in the evening of the day before the opening day. Then in early morning, they replaced old flowers with new ones. In total, they used approximately 100,000 flowers. 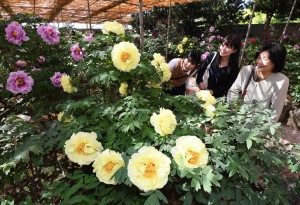 The Daikon Island produces 1.2 million young peonies a year. The garden uses early blooming flowers which were picked by the farmers in order to keep the young peony trees healthy and strong.