Sales of domestically-produced fruits and vegetables through wholesale markets have both declined about 10 percent in the last eight years, The Japan Agricultural News learned by information disclosure request made to the Ministry of Agriculture, Forestry and Fisheries. 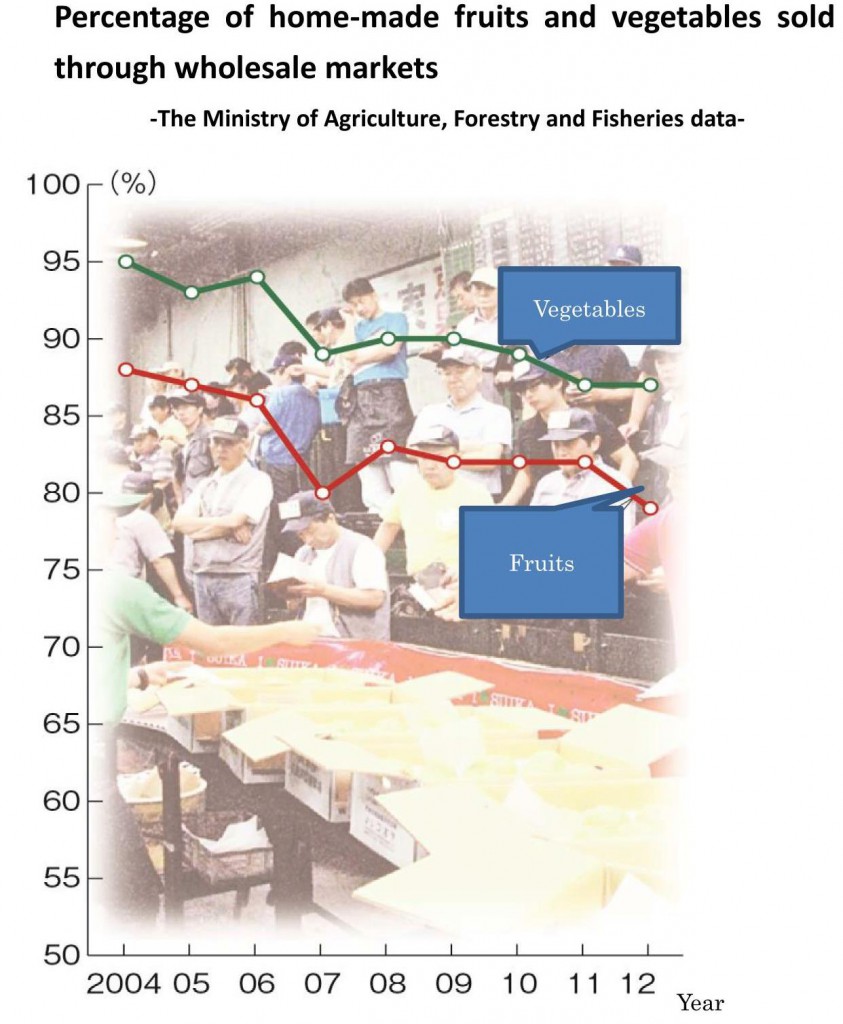 The sales, especially of fruits, through wholesalers are continuing to drop in recent years. Experts point out that as demand for processed products is rising, more growing regions are dealing directly with processing firms. In order to revitalize wholesale markets, it is necessary for wholesalers to respond to new demands in addition to dealing fresh produce, they say.

In explaining the reason why the percentage of fruits sold through wholesalers is declining at a higher pace, Hiroji Fujishima, Visiting Professor at Tokyo Seiei College’s Faculty of Health and Nutrition who is well-versed in product distribution in wholesale markets, says: “Processing companies which produce canned fruits and juice do not need to buy several different varieties like retailers, so there is little incentive for them to use wholesale markets.”

Along with the aging of the society, demand for processed products is likely to increase even for vegetables as well as fruits. “Wholesalers must urgently come up with measures to encourage not only fresh produce buyers but also processing firms to come to the markets,” Fujishima suggested.