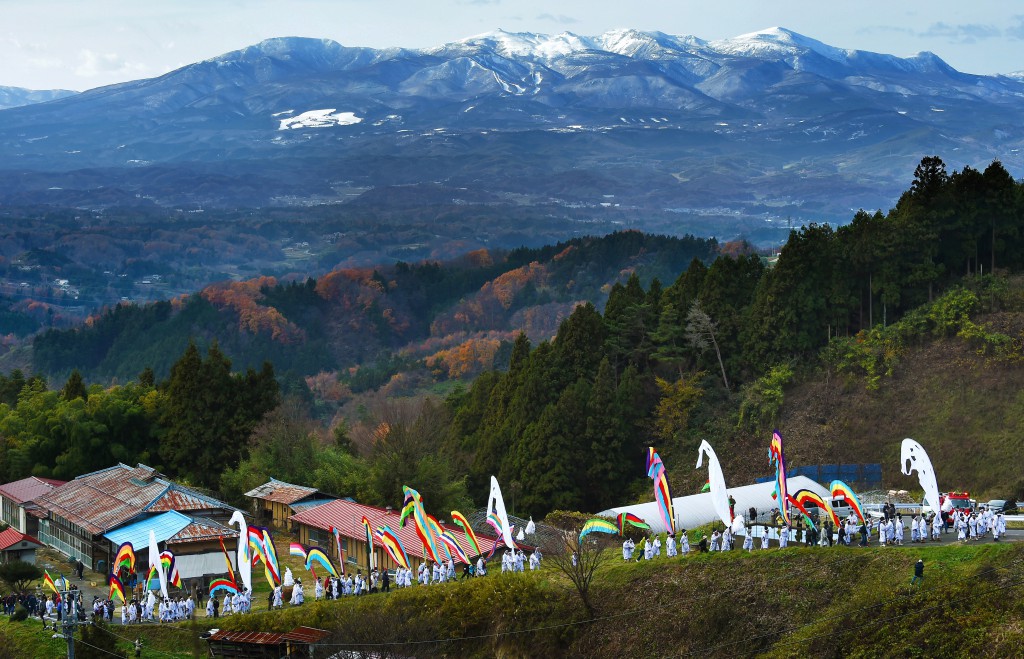 Villagers holding tall colorful banners walk in procession on the mountain pathway of Kohata. Mt. Adatara behind them is slightly covered with snow. (in Nihonmatsu, Fukushima Prefecture)

In early December every year, a procession of villagers carrying colorful tall banners walk around the village of Nihonmatsu, Fukushima Prefecture. The festival is called Kohata Hatamatsuri (banner festival). For Japan, it is one of the important intangible folk cultural assets; for the villagers, the colorful banner parade is the signal of the end of the year and the arrival of the real cold winter. 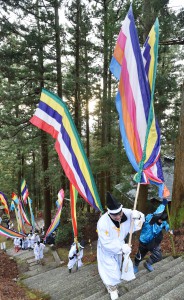 The highlight of the festival is, of course, gigantic banners of up to nine meters long, each made by sawing up long pieces of cloth in five colors of white, red, yellow, green, blue and purple, etc., and fastened on a bamboo pole. There will be approximately 100 banners marching on the road.

This year, 200 men in traditional white gowns and black caps walked for about five hours along the mountain pathway of approximately eight kilometers. Behind them, the mountains are covered with a thin layer of snow. The party made its way to Hayama Jinja (shrine) via Okitsushima Jinja (shrine) in the mountains to pray for huge harvest and successful business of the villagers.

In 2004, the festival was designated as an important intangible folk culture asset. In July 2015, it took part in the “Tohoku Revitalization Parade in Milan Expo” which was held to “deliver gratitude for reconstruction aids and the spirit of Tohoku,” with the support of Japan Agricultural Co-operatives (JA) Group Fukushima. 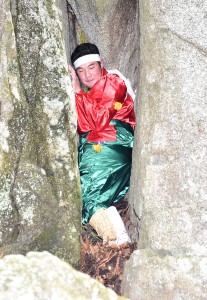 Young villager trying to walk through clack of big stone, with a coin in his mouth

“Having an opportunity to take part in the parade at the global event, I reacknowledged the importance of the culture we have been protecting. Although we have fewer matsuri participants today due to the shrinking population, we want to make sure to pass it down to the next generations,” the leader of the parade, Takatoshi Muto, 61, said.

On the same day, a ceremony of the coming of age is given to local male villagers.

This year, the ritual was carried out for two young male villagers, one at the age of 18 and another 19. The two young men did “Tainai Kuguri (passing through womb),” in which they walked through the clack of the big stone, and “Kuizome” in which they ate rice porridge cooked with azuki beans.

After his ceremony, Ryota Seki, 18, said, ”I come to see my own responsibilities in the community in a new way. Now I share the same experience with my grand father and my father. It was a very emotional experience to me.” 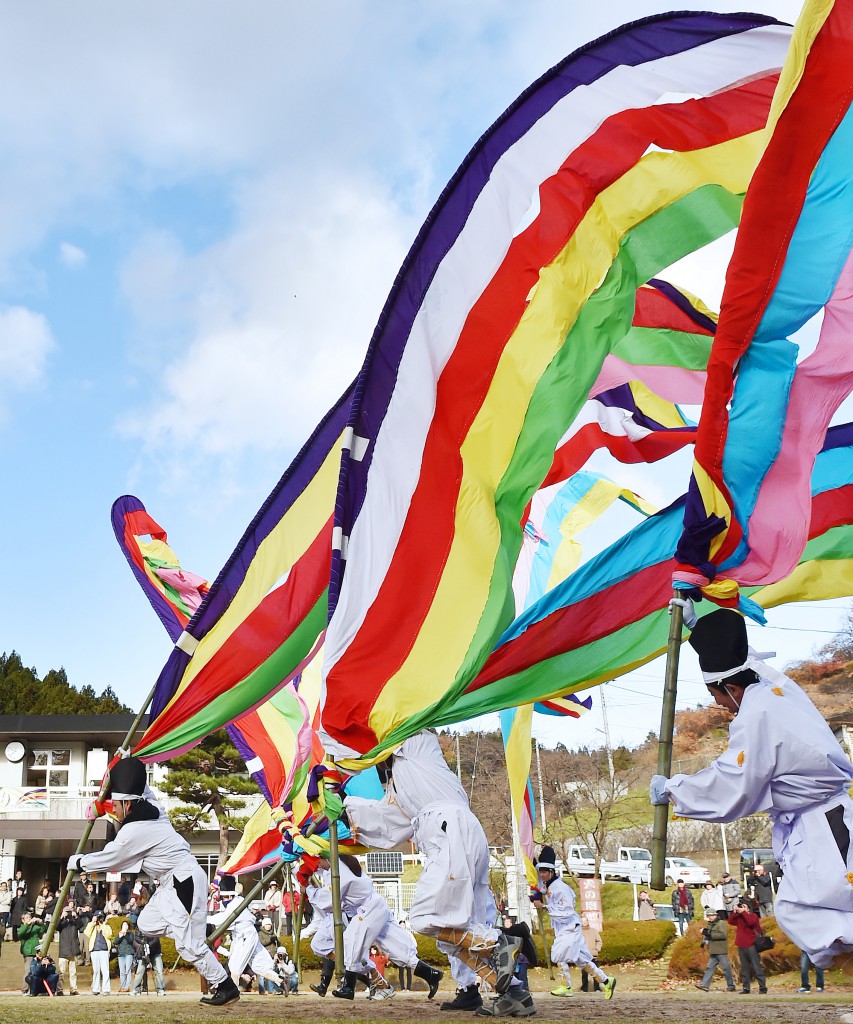 Before heading to the shrines, “Hata Kyoso (running competition while holding the flag)” is held 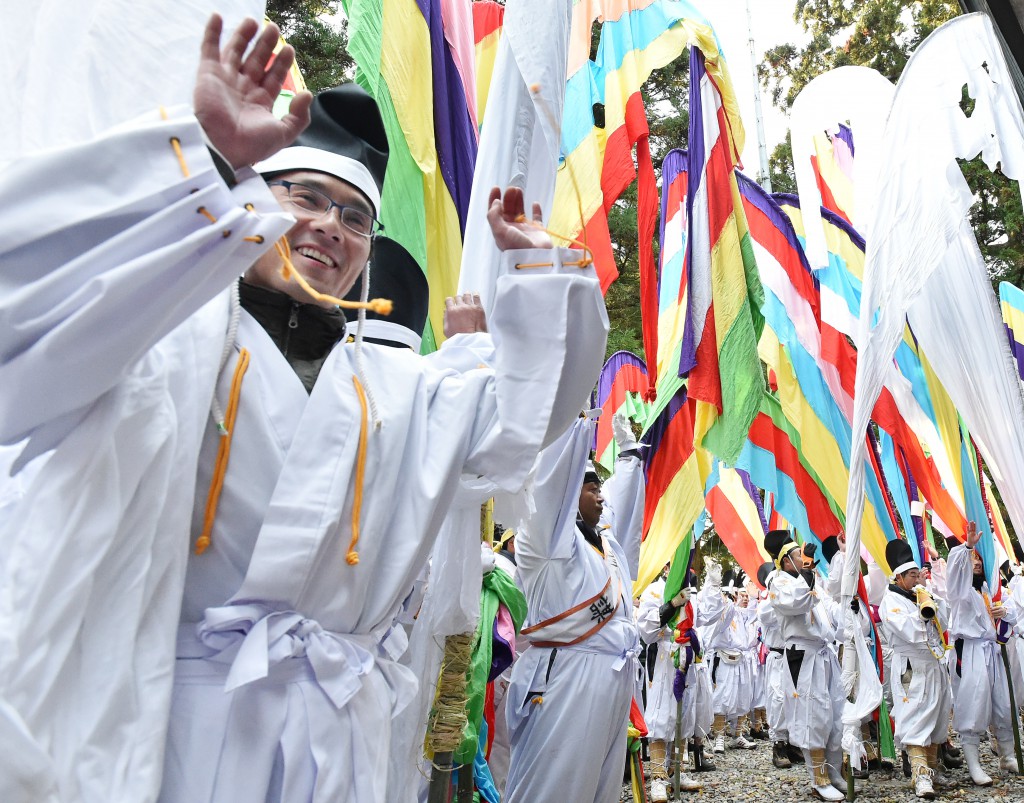 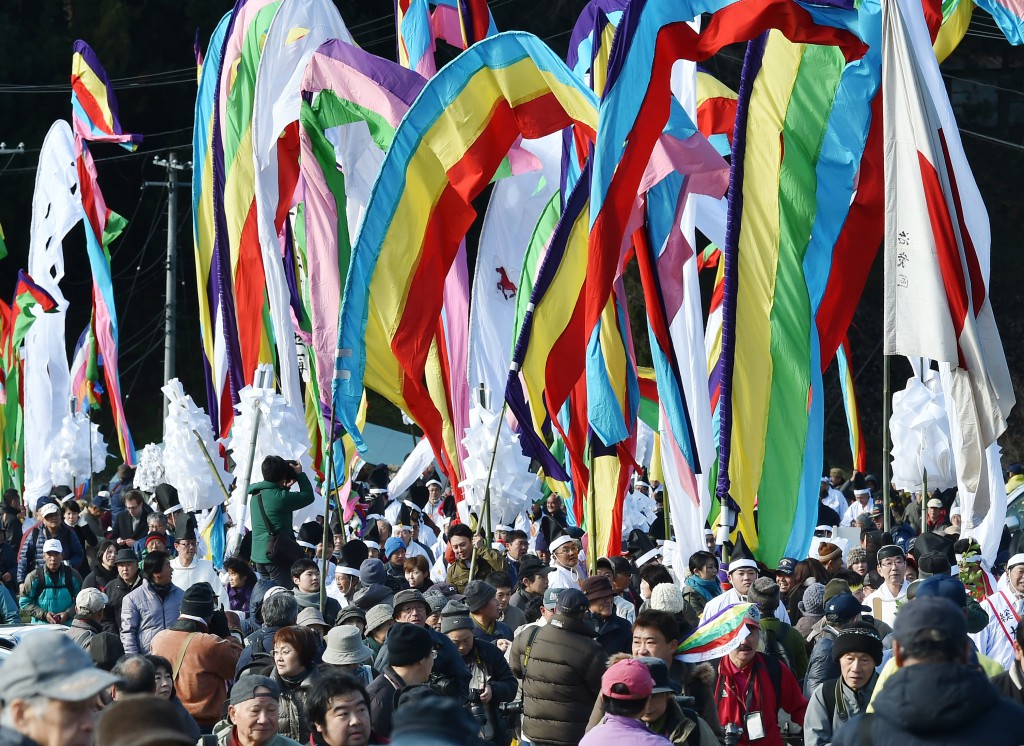 Colorful banner parade is a popular attraction for tourists