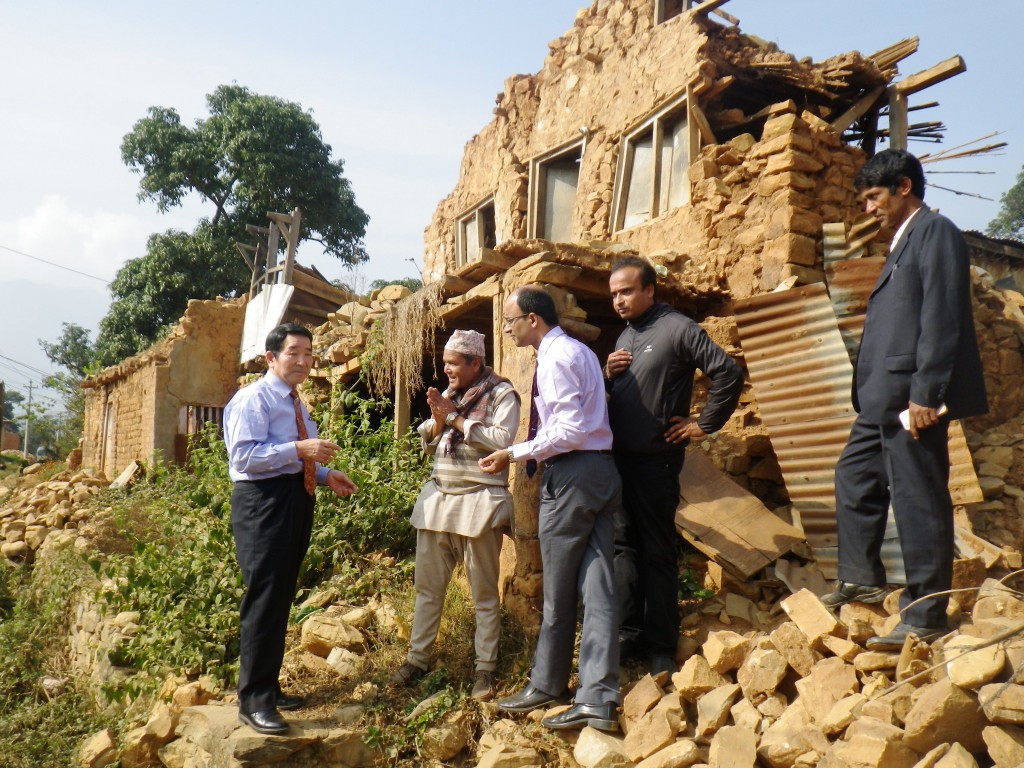 A delegation of the Central Union of Agricultural Co-operatives (JA-Zenchu), headed by JA-Zenchu Vice President Toshiyuki Morinaga, visited on Tuesday, Nov. 24, a village in Nepal severely hit by a massive earthquake in spring. They met farmers and local farm co-op staff working to restore the area. They also visited the Nepal Agricultural Co-operative Central Federation Ltd. (NACCFL), the national federation of farm co-ops, to offer donations of JPY15 million.

The delegation visited an agricultural co-operative for small-scale farmers based in Jeevanpur in Dhading district, 25 km west of the capital city of Kathmandu. Most of the village’s population of about 10,000 are engaged in farming, according to JA-Zenchu.

The local farm co-op officials reportedly told the delegation that many of the farmers who live in temporary housing lost their agricultural facilities, farmlands and livestock such as goats and cattle due to the earthquake and have not yet recovered their livelihoods. Ramesh Kandel, head of the farm co-op, told JA-Zenchu officials that they hope to continue working to rebuild agricultural production, so that farmers living in poverty can create income and improve their living standards.

At the NACCFL headquarters, Morinaga offered donations and told the officials that he would convey to the people in Japan the current conditions in Nepal and the co-operatives’ struggles to reconstruct the area.

The JA group has collected contributions of some JPY52 million for Nepal, and donated funds also to the National Cooperative Federation of Nepal and the International Co-operative Alliance.