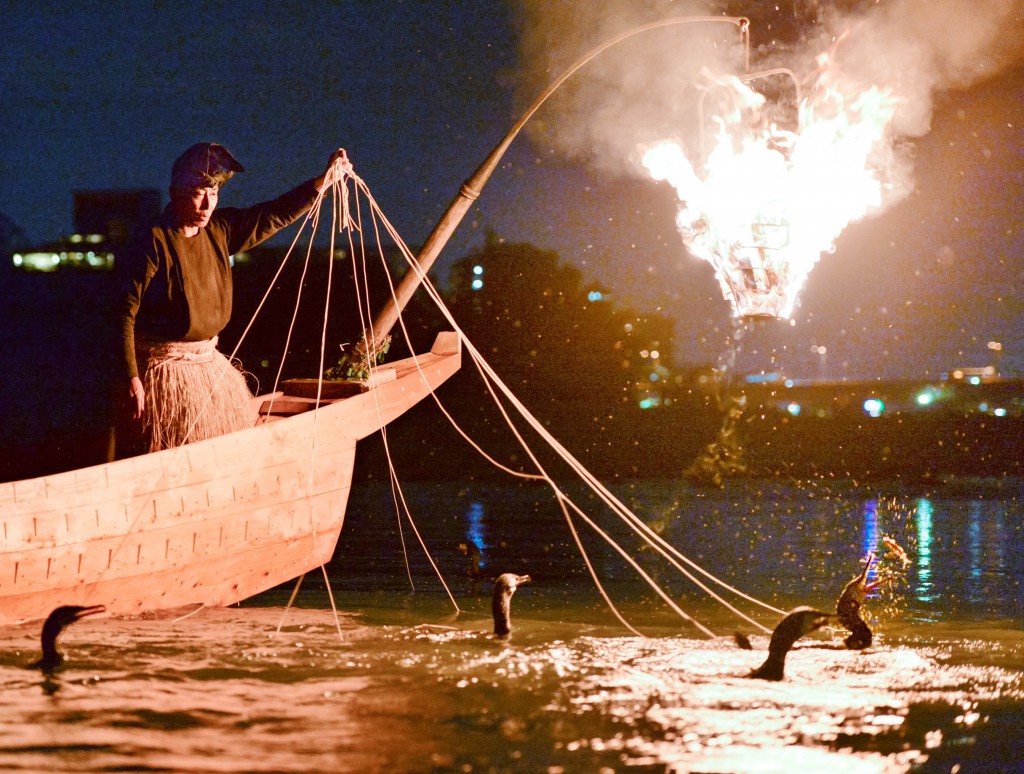 The season for ukai (cormorant fishing) has started on the Nagara River in Gifu-shi, Gifu Prefecture. The fishing method has a history of 1,300 years and is deeply routed in the life of the locals. In March 2015, it was designated as an important intangible folk cultural asset of Japan for the first time among the skills in the agriculture, forestry and fisheries industries and is receiving increased recognition for its traditional and cultural values.

There are six fishing masters who run the traditional fishing boats on the Nagara River. Each of them manipulates ten to twelve cormorants to catch ayu (sweet fish), using ropes attached to the their bodies and working in unison with his assistants on the boat. A burning torch attached to the front end of the boat attracts the fish, and cormorants, the birds with particularly high fishing skills, dive into the water to hunt them. The fishing master brings the birds back to the boat and let them spit out their catch into a basket. The fish caught in this ancient method are less damaged and remain fresh for longer when compared to those caught by fishing nets or fishing poles and hooks. However, the quantity of the catch is so small that they are sold to limited customers and for limited purposes, which are to keep the traditional forms and to draw attentions of tourists. The Nagara River cormorant fishing is held nightly from May 11 to October 15, every year. 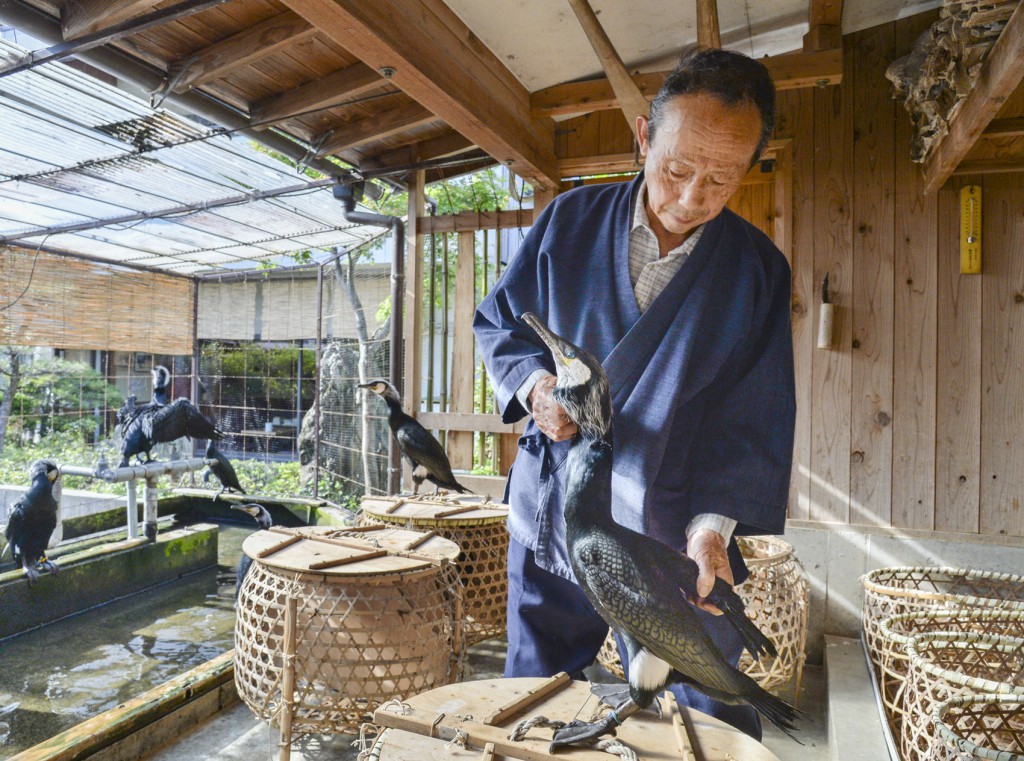 76-year-old representative of six cormorant fishing masters, Junji Yamashita and his cormorants spend time together every day. Fishing masters have a role to demonstrate Japanese heart and soul while keeping 1,300-year-old tradition, he says.

In April 2015, the Agency for Cultural Affairs launched a new project to name groups of assets as Japan Heritage. “Castle town during the warring states period where the hospitality of Nobunaga Oda is still living, Gifu,” including the cormorant fishing, was among the first 18 collective assets recognized by the government and the traditional fishing is expected to play a greater role as a key attraction to boost regional development in the future. 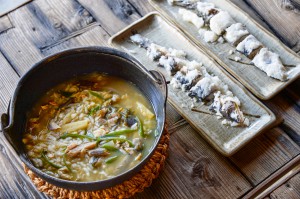 The city of Gifu is currently trying to put ukai in UNESCO’s list of intangible cultural heritage while Gifu Prefecture is trying to make ayu caught in the Nagara River one of the globally important agricultural heritage systems (GIAHSs) of the United Nations Food and Agriculture Organization (FAO).

Kiyoshi Goto, a 62-year-old vegetable farmer also works as a boatman of a viewing boat for 45 years. “It’ll give us a great encouragement if this fishing skill is added to the World Heritage List. I’m a farmer but this is also the job I’d like to keep doing for life,” he said. 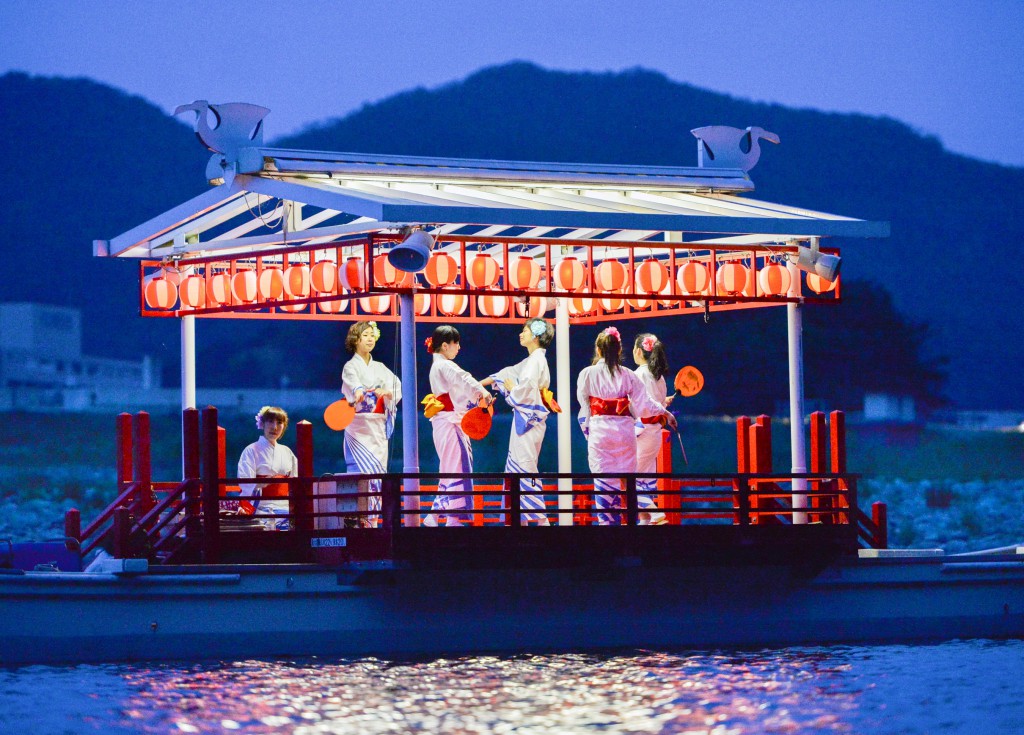 “Dancers Boat” to provide another entertainment for evening 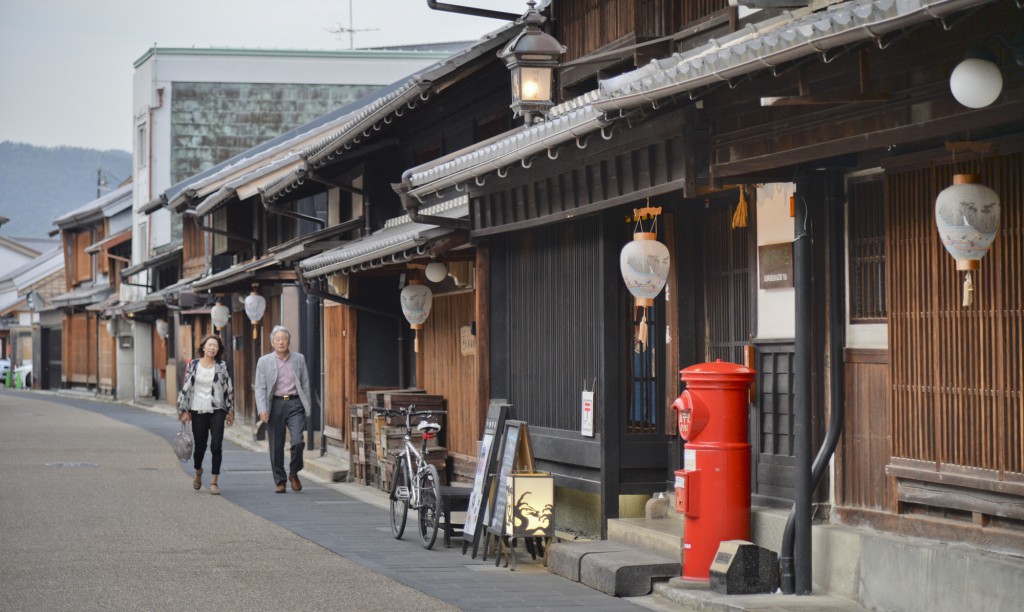 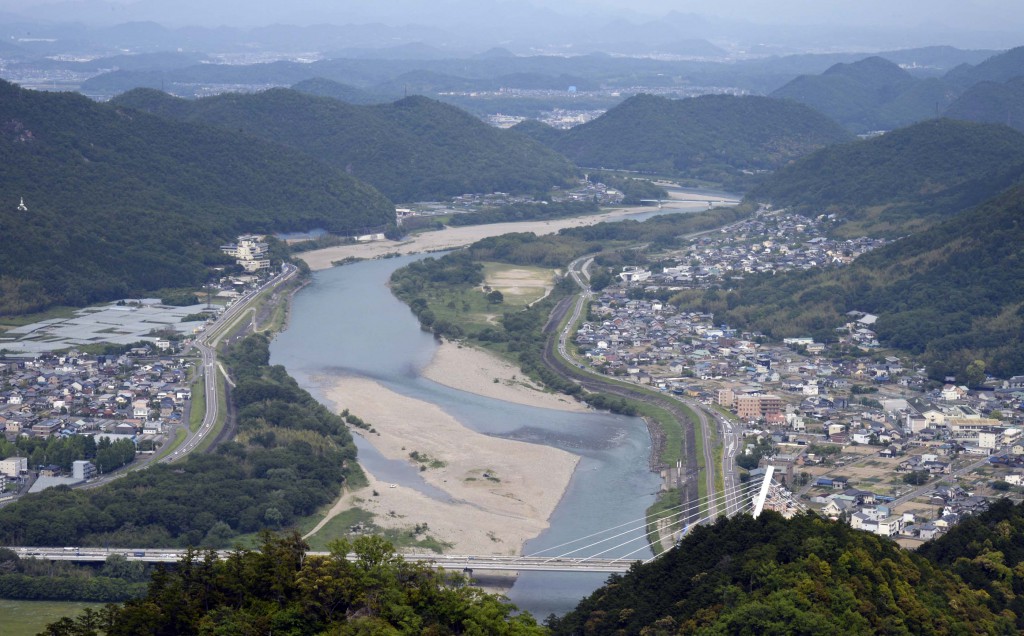 The Nagara River overlooked from Gifu Castel on the top of Mt. Kinkazan