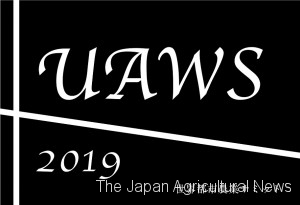 TOKYO, Nov. 22 ― Tokyo’s Nerima Ward will host the world’s first Urban Agriculture World Summit (UAWS), which will be held from Nov. 29 to Dec. 1 next year, looking to urban farming as providers of vital ecosystems services in major metropolitan areas.

With limited land, urban farms also offer the chance for city stores and restaurants to get their hands on locally-grown produce, as well as offer young people careers in agriculture.

Experts on urban farming in five cities will gather the meeting. The five cities are: New York, London, Jakarta, Toronto, Seoul and Tokyo.

In Tokyo, one of the largest and most congested cities in the world, the Nerima, No. 5 largest metropolis in Tokyo’s 23 wards, has a total of 210 hectares of agricultural land.

It may come as a surprise that accounts for almost 40 percent of Tokyo’s 23 wards of farm land that raises vegetables and fruits.