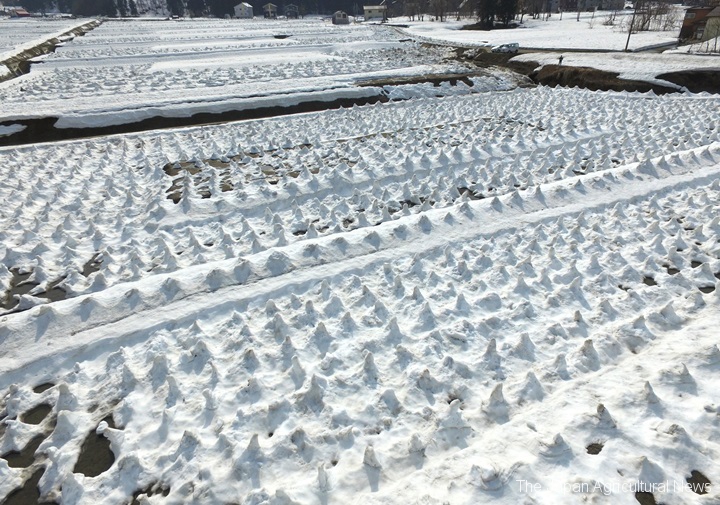 A drone photo in northern Japan captured images of snow in the field. It resembles a large-toothed grater for white radish, daikon.

UONUMA, April 8 — After snow plows cleared a northern Japan field, what appeared to be big thorns emerged in Uonuma city.

The fields were being treated to increase effective farmland area in Niigata prefecture, but worked had been halted due to an onset of heavy winter snow.

Snow dug and loaded by a power shovel transformed into what appeared to be thorns. It also resembles a large-toothed grater for white radish, daikon.