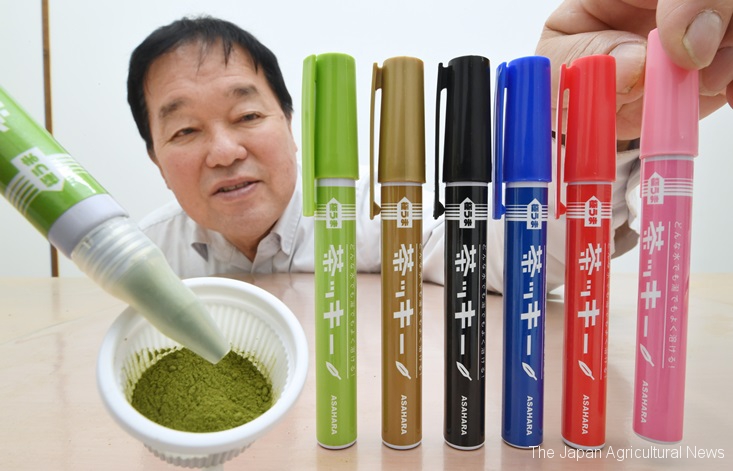 SHIMADA, Nov. 19 — Drink your tea anywhere, anytime. That’s the concept for Katsuyoshi Asahara when he invented a new tea canister.

It resembles a marker pen and it’s fairly compact.

Push the pen point gently so that the tea powder is released into your cup. Then pour hot water. Voilà, the tea is ready.

There are seven different types of tea powder, including Japanese green tea and oolong tea, explains the president of Shimada-based Asahara Industry in Shizuoka prefecture, one of the tea-growing regions in Japan.

“I hope people get used to carrying tea canisters in their purses,” he said with a big smile.

One “Cha-ckee,” priced at 500 yen, can make 20 cups of tea and it is possible to refill it to reduce waste.