A couple of dozens of big colorful balloons flew high up in the air over the snow-covered rice fileds in the Chuetsu area of Niigata Prefecture. This year’s Ojiya Balloon Festival, the 41st one in its long history, was held on February 25 and 26, 2017, in Ojiya city, Niigata Prefecture. Visitors to the annual winter festival were invited to have a brief ride on a balloon offered by a local agricultural cooperative and to enjoy watching the skills of balloon operators competing in an amateur hot air balloon competition over the snowfield called “the Sea of Japan Cross Country Championship”.

Contestants of the Sea of Japan Cross Country Championship took off snow-covered rice fields one after another. (in Ojiya city, Niigata Prefecture)

Ride on rubber boats on snowy hills was also popular especially among families with children.

The venue for the winter hot air balloon race must have at least 80 centimeters of flat snow, but the competition last year was canceled due to the lack of snow. However in 2017, we saw the return of 40 hot-air balloons to the contest.

The baloon operators use gas burners to heat the air inside the envelope until it’s hot enough to lift the balloons off the ground. The pilots use every means including computers to 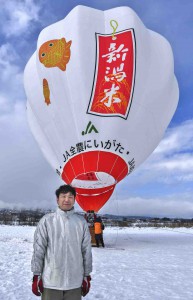 predict the direction of the wind at different altitudes and determine whether to climb or descend in order to catch the right wind. Then they can change the altitude of the balloons by controlling the burners. It’s a quiet competition high above the white rice fields.

Another highlight for the visitors was a brief ride on the balloon floating at 30 meters altitude with a view of the entire city. The balloon was offered by a local agricultural cooperative, JA Echigo Ojiya.

Eiichi Suzuki, an operator of the JA balloon, is a 35-year-old staff of JA Echigo Ojiya who decided to get a balloon pilot license after once helping the festival organization. “Promoting regional development is one of the important roles of the agricultural cooperatives, so I’m happy to help visitors here to enjoy this unusual experience,” said Suzuki. 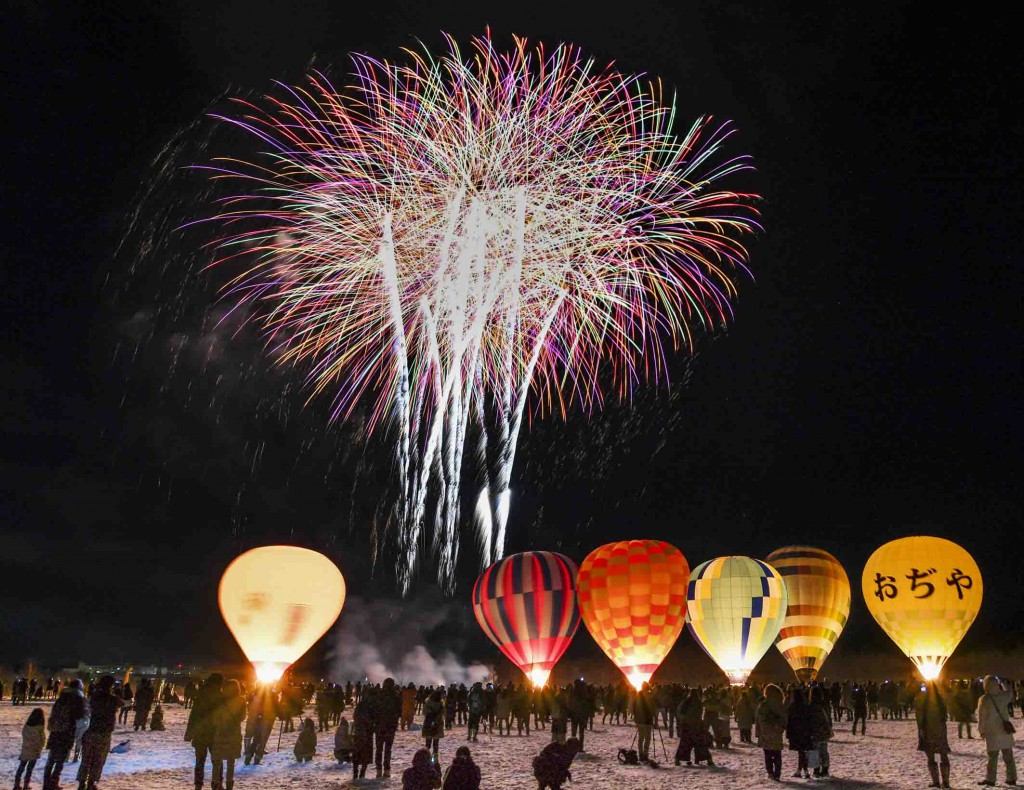 The festival also has a night event featuring glowing balloons and fireworks.