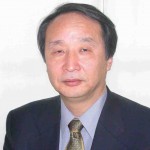 Two major United States presidential election candidates – Republican Donald Trump and Democrat Hillary Clinton – are both against the Trans-Pacific Partnership agreement. How meaningful is it for Japan to rush to ratify the agreement, when the U.S. is not in a situation to pass it? If Clinton becomes the president, the U.S. could make even harsher requests.

The biggest points at issue are the stock breeding and dairy farming sectors. As for stock breeding, 70 percent of tariffs on beef and pork will be eliminated under the pact. If some dairy products including cheese will be subject to market liberalization, there are fears that dairy farmers might lose buyers of raw milk. If low-priced beef is imported and leads to drops in prices of disused Holstein cows, dairy farmers will suffer multiple damages and will be forced to give up their business.

More farms going out of business

It is going too far to say that production volume control and lack of market competition are causing cheese shortage or discouraging dairy farmers from improving their productivity. Those who make such claims are switching the focus of argument in order to push on with a drastic review of the system of designated raw milk producers’ organizations controlling production and instead introduce wide-ranging subsidies. However, the reality is that the price of milk is declining because it is caught in a fierce monopolistic price-cutting competition by powerful supermarkets. If the market is further liberalized under the current situation, prices will go further down and more farmers will go out of business. This could lead to milk shortage, and the nation could end up importing not only cheese but also milk.

Stock breeders are also facing tough business conditions, and measures to cover deficits are not sufficient for them to make business plans for the future. More breeders are likely to give up their business if financial assistance is given only when they are in the red and if there are no prospects of profits increasing. And more and more breeders going out of business means there would be more meat imports. Such a situation could drive breeders and dairy farmers into a corner, with threats coming from all directions. The government will have to protect them to a certain degree through income compensation.

“Increasing scale leads to increased efficiency.” “Industries become stronger if market mechanisms work.” Such principles of economics are spreading without taking the reality into account. Rather, we are going in the direction of destructing the agriculture.

The idea of depending totally on markets and price competition will not get us anywhere. We need a certain level of protection to save the agriculture industry.

This entry was posted in Others, Trade Talks. Bookmark the permalink.