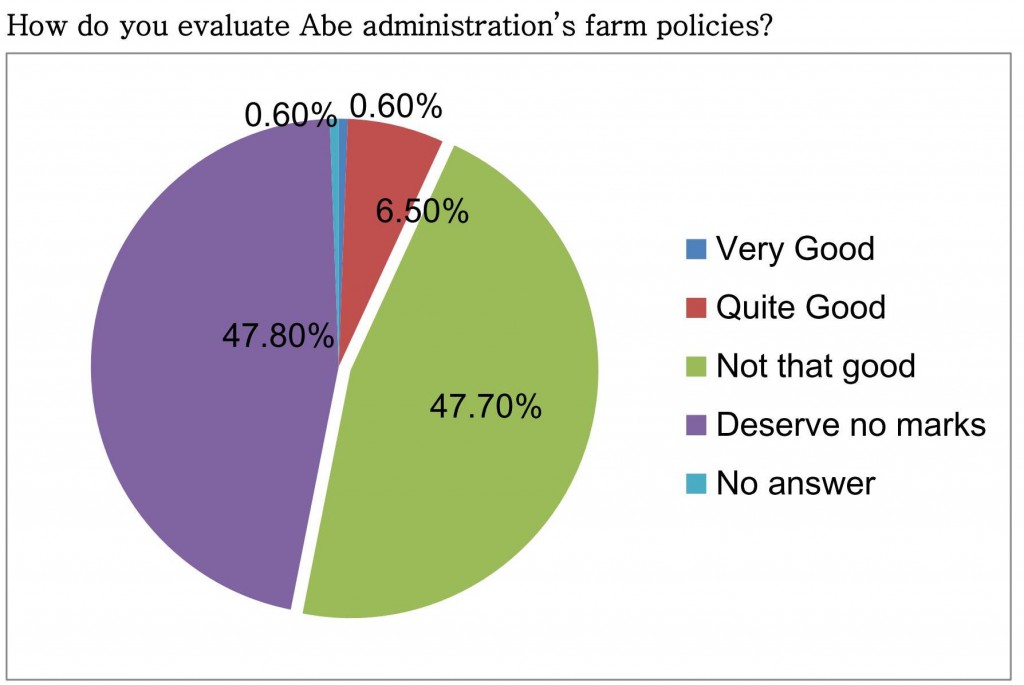 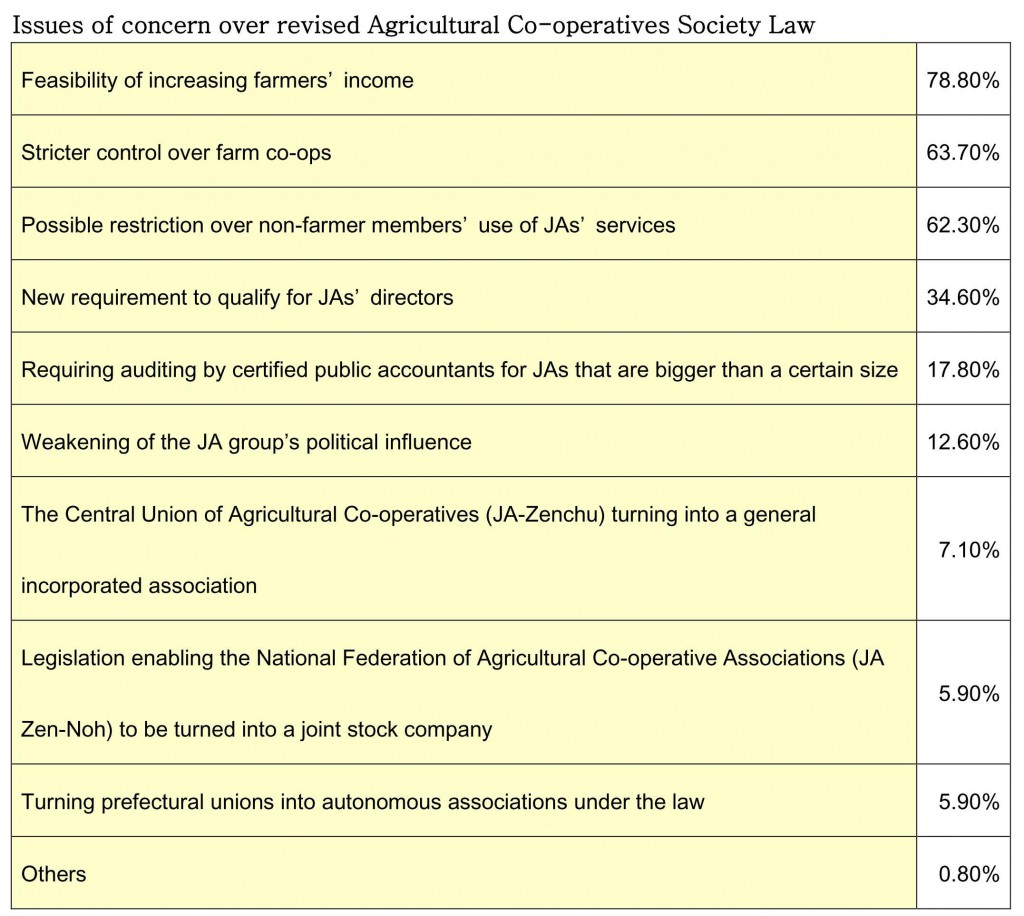 90 percent of heads of primary agricultural co-operatives (JAs) do not give high marks to the agricultural policies of Prime Minister Shinzo Abe’s administration, including the Trans-Pacific Partnership free-trade agreement and revision of the Agricultural Co-operatives Society Law, The Japan Agricultural News survey showed.

The survey was conducted in November on heads of the 679 primary JAs nationwide, and 523 responded.

More than 90 percent of them said the government failed to follow the Diet resolutions which pledge to protect key farm products in the TPP agreement, and that the law revision would adversely affect management of farm co-ops.

Meanwhile, many of the heads expressed willingness to work on increasing farmers’ income, which is the main goal of revising the law.

The survey asked whether they think the government followed the Diet resolutions and managed to protect key agricultural items in the TPP talks which reached broad agreement in October. Even taking into account the fact that the questionnaire was sent before the government announced a package of TPP-related measures, as much as 92 percent responded the government failed to meet the pledge, while 2 percent said it barely managed to keep the promise and 6 percent answered neither yes nor no.

The survey also included questions on the revised Agricultural Co-operatives Society Law which will take effect in April. It requires that more than half of primary JAs’ directors be certified farmers or professionals of farm product sales, as well as stating that JAs’ auditing will be conducted by certified public accountants. Regarding non-farmer members’ use of JAs’ services, the law states the decision should be made after conducting a five-year survey of the actual conditions.

36 percent said the revised law will largely affect JAs’ businesses, while 60 percent said it will have certain effects. 4 percent answered their businesses wouldn’t be affected so much.

Asked what they are most concerned about regarding the revision, 79 percent, the largest percentage, said it still wouldn’t be easy under the revised law to meet the goal of increasing farmers’ income, followed by 64 percent who said the revision would lead to stricter control over farm co-ops as a whole and 62 percent who said they are concerned about possible restriction of non-farmer members’ use of JAs’ services.

The survey results indicate JAs’ growing distrust and concerns over the government’s agricultural reform and market liberalization drive under the TPP agreement.

As for measures which the JA group should take to cope with the changing environment, 70 percent said they must strengthen capability of selling farm items, followed by 45 percent who said they should take cost-cutting measures such as reducing prices of agricultural materials, reflecting their focus on increasing farmers’ income. Some 20 percent said JAs should nurture ambitious farmers and strengthen relationship with agricultural corporations as well as non-farmer members.