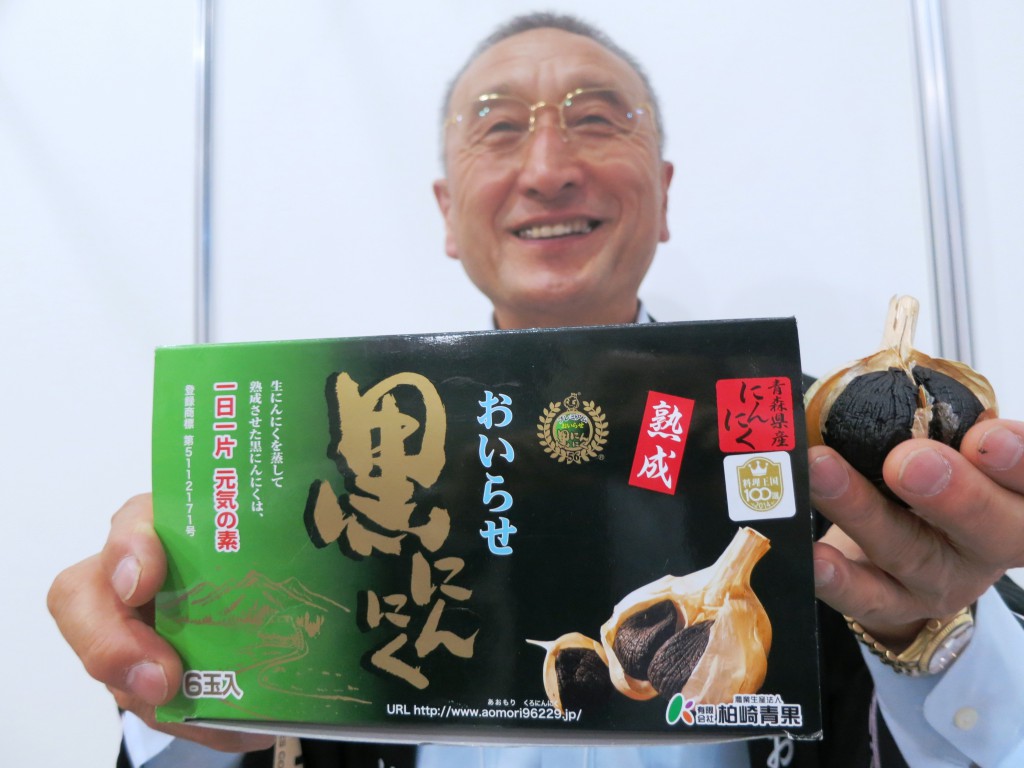 Some agricultural production corporations are working to expand exports of processed foods, amid increasing awareness toward safe, healthy foods in Western countries. They plan to sell their products by attracting attention to their long shelf life even without preservatives.

The Ministry of Agriculture, Forestry and Fisheries hopes such moves will encourage farmers’ expansion of business to food processing and marketing, as well as boosting agricultural exports. “Domestically-produced items will appeal to consumers abroad if we can effectively publicize their high quality,” said a ministry official.

Kashiwazaki Fruit and Vegetables Corp., an agricultural production corporation in Oirase, Aomori Prefecture, exports black aged garlic to more than 10 countries in Western and Asian countries. In the 2014 business year, the firm exported some JPY23 million, up JPY3 million from a year before. The firm says the product is suitable for exporting, as it is 100 percent additive-free and its shelf life is as long as a year.

The retail price for the product is set 1.5 times to three times higher in foreign countries compared with the domestic market. This means even if the firm bear the costs of transportation and distribution, it can still obtain about the same profit as in the domestic market. “I travel abroad about 10 times a year to hold business talks (with potential customers),” says Shinichi Kashiwazaki, head of the firm. “By visiting them directly, we can get orders unexpectedly.” Exports currently occupy 10 percent of the firm’s total sales, according to the firm.

Sowa Kajuen Co., a company based in Arida, Wakayama Prefecture, is also boosting its exports of Unshu mikan citrus juice. Its mainstay product Nomu Mikan, a 200ml bottle of pure squeezed juice, is popular because of its unique rich flavor which differentiates the product from foreign-made orange juice.

“Overseas buyers are surprised when they hear that the product has a long shelf life although it is additive-free,” says a Sowa Kajuen official in charge of exporting. “Safe food products made in Japan are getting a lot of attention.”

The firm exports products mainly to high-profile supermarkets in Taiwan and Hong Kong. The amount of exports in the 2014 business year was roughly JPY7.3 million, expanding five times from the previous year. The firm plans to focus more on developing sales channels abroad in the decades to come, amid fear of domestic markets shrinking due to aging of the society.