【News】 Consumers shy away from processed meat gifts after WHO warns of cancer risk (Nov. 20, 2015) 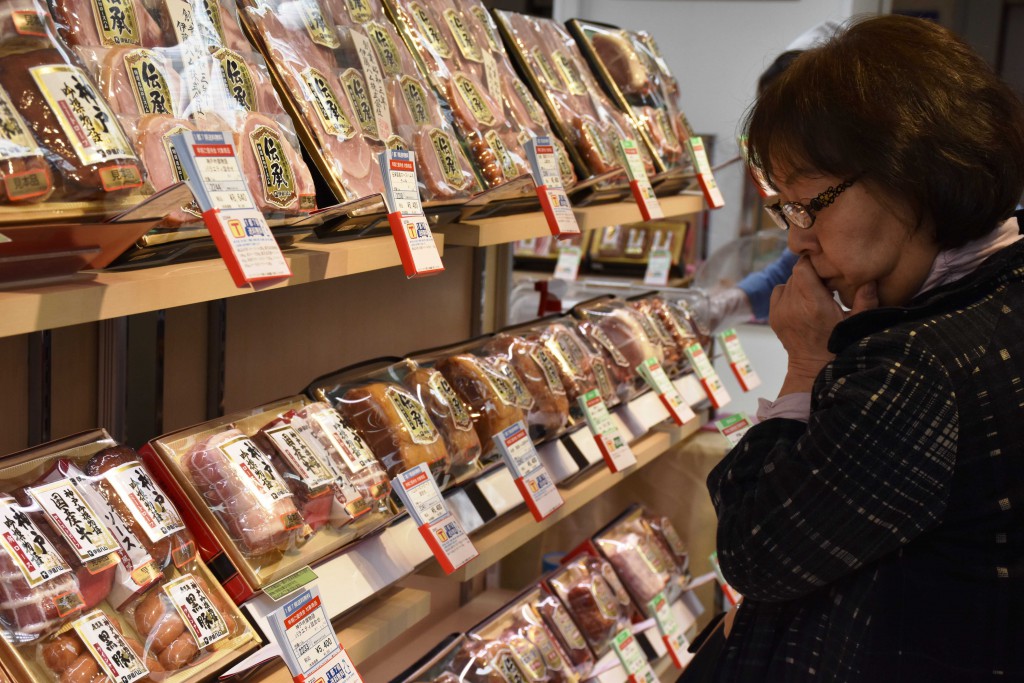 The World Health Organization’s recent announcement that processed meat, such as ham and sausages, have major risk of causing cancer has begun to affect consumers as the yearend gift season approaches. Sales of such products have shown decline at department stores, as consumers are apparently refraining from buying them which have been popular as presents. The meat industry is calling on consumers not to overreact, saying that consumption in Japan is not high enough to pose any health threats.

On Monday, Oct. 26, the WHO’s International Agency for Research on Cancer based in Lyon, France, reported that processed meat such as sausages and bacon can cause colorectal cancer and that red meat including beef and pork has some association with an increased risk for colon cancer.

In early November, Tobu Department Store Co.’s Ikebukuro store in Tokyo’s Toshima Ward had yearend gift orders for premium ham canceled one after another. Ham and other processed meat usually are the most popular yearend gift items, occupying some 20 percent of the total yearend gift sales every year. But this year, the situation is different. The store started a yearend gift sales campaign online in mid-October and at the store’s special event space later the same month, but the monthly sales of ham and sausages posted a large year-on-year drop.

“(The news that processed meat can) cause cancer comes to my mind, so eating them myself or sending them to someone else make me feel ill at ease,” said a woman in her 80s who visited the event space. The department store’s spokesman admits that the sluggish sales of ham and sausages is largely attributable to the WHO’s announcement.

Matsuya Ginza, a department store in Tokyo’s Chuo Ward which began selling yearend gifts on Nov. 6, says the sales of ham as gifts decreased roughly 20 percent during the first 20 days compared with the same period last year. “Products which people buy as gifts for others are more largely affected,” said a spokesman.

A similar situation is seen at meat shops and supermarkets. A meat shop which sells premium beef products in department stores in Tokyo says the sales of processed meat products, mainly ham, dropped about 20 percent. One industry source said the consumption of beef as a whole has been sluggish after the WHO announcement.

A major food manufacturer Marudai Food Co. has reported that sales of sausages declined some 20 percent at some supermarkets right after the WHO’s announcement. The sales have recovered since then, according to the firm.

A day after the WHO’s announcement, Food Safety Commission of Japan under the Cabinet Office posted on its official Facebook account that it is not appropriate to think of meat and processed meat products as having high health risks.

The National Cancer Center explains that the average amount of processed meat consumed by Japanese people would cause little or no risk of colorectal cancer. According to the national health and nutrition survey conducted in 2013, Japanese people’s average consumption of meat and processed meat was only 63g per day, with 50g for meat and 13g for processed meat, which is said to be small compared with other countries.

Based on epidemiological research on people worldwide and laboratory experiments on animals, the IARC classified the consumption of processed meat as “carcinogenic to humans,” and the consumption of red meat as “probably carcinogenic to humans.” In 2007, the World Cancer Research Fund and the American Institute for Cancer Research recommended in their report that people limit consumption of red meat to less than 500g a week in terms of cooked weight and eat little, if any, processed meat.

According to the National Cancer Center’s report released in 2011, the center found no link between large intake of processed meat and the risk of colorectal cancer for both men and women. It also found no association between large intake of meat and the risk of cancer for men. The risk of developing colon cancer rose for women who eat 80g or more of meat every day, but the center said there is no link between meat consumption and cancer risk for those who eat less than that amount.

The center says that in order to prevent cancer, it is important to take measures to avoid lifestyle-related diseases as a whole, including restricting consumption of salt-preserved foods, eating plenty of fruits and vegetables, avoiding food and drinks that are too hot in temperature and getting some exercise.