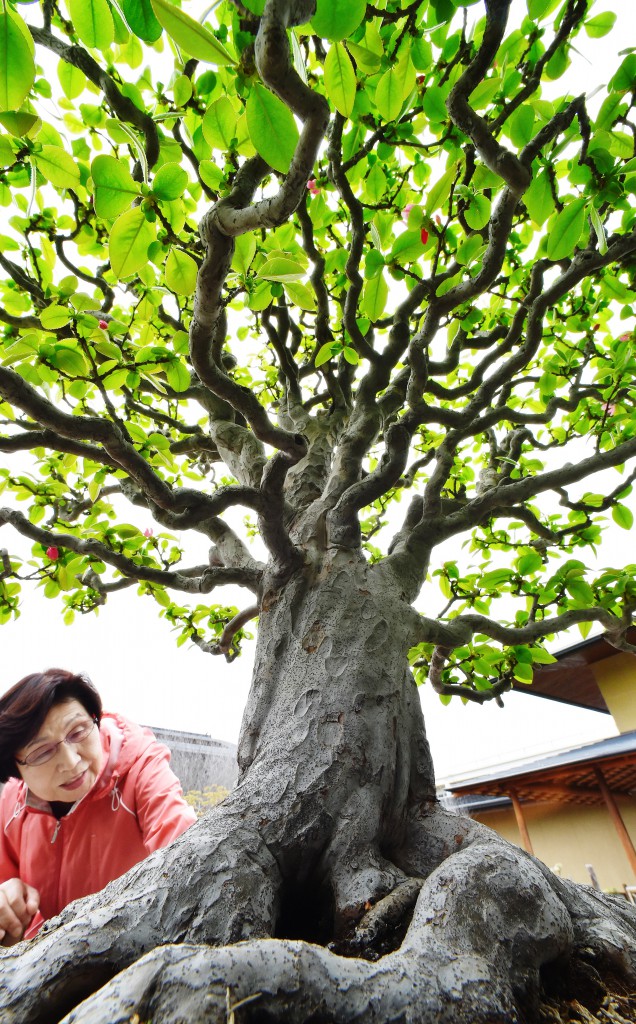 When looking up at from underneath, Chaenomeles sinensis tree with roughly shaped trunk and branches is like gigantic treeVisitors can learn how to display bonsai in tokonoma alcove in traditional Japanese reception room

The Omiya Bonsai Art Museum, Saitama, is the world’s first and only publicly-run bonsai museum where visitors can enjoy looking at masterpieces of bonsai and learn how to appreciate its history. Located in Saitama-shi, Saitama Prefecture, which is known for having many local bonsai nurseries and experts since the Taisho Era, it’s expected to play an important role in promoting Japanese culture. 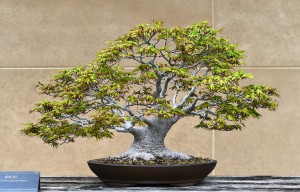 “You’ll find it more interesting when you look it at from underneath as if you are a dwarf,” said Shinichiro Hayashi, a 35-year-old curator of the museum and his advice was very true with a 95 centimeter tall Chaenomeles sinensis tree. When looked up, it was exactly like a gigantic tree striving to live against the elements in the old growth forest. The miniature trees surely give you a wonderful experience of picturing grand landscape in small pots. 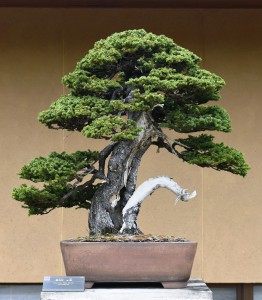 Yezo spruce that is thought to be 1,000 years old. Its trunk is hollowed and partially dead

The museum regularly exhibits approximately 50 bonsai trees out of its vast collection of 133 bonsai in all kinds. The selections are made to show its visitors the best ones for each season, for example pots with fresh green leaves or flowers in spring and others with colored leaves in autumn. The entire collection includes a black pine tree that is known for having been loved by Shigenobu Okuma (a Japanese politician in the Empire of Japan and the 8th and 17th Prime Minister of Japan), an Yezo spruce that is thought to be 1,000 years old, and all other most important collections in Japan.

Junko Kitagawa, 32, a visitor from Kawaguchi-shi, Saitama Prefecture, thoroughly enjoyed the exhibition and said that she felt strong energy of little trees. The museum also has rooms for visitors to see bonsai displayed in a tokonoma alcove in a traditional Japanese reception room and learn the history of bonsai dating back to the Edo period. 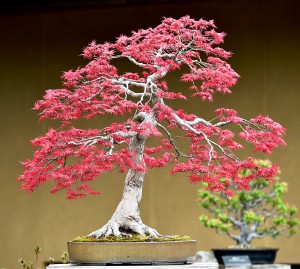 Many bonsai nurseries moved from Tokyo to the northern part of old Omiya city, now Saitama-shi, after the Kanto Great Earthquake in 1923 and bonsai specialists now call this area “Omiya Bonsai Village” as it literally is a center of the bonsai culture of Japan.

The Omiya Bonsai Art Museum, Saitama, was established in 2010. It has already received visitors from 66 nations and regions from all over the world. In 2017, the city of Saitama will host the 8th World Bonsai Convention. “As one of the sources of the bonsai culture, we want to communicate the fun of bonsai to the world in an easily understandable way,” said Hayashi. 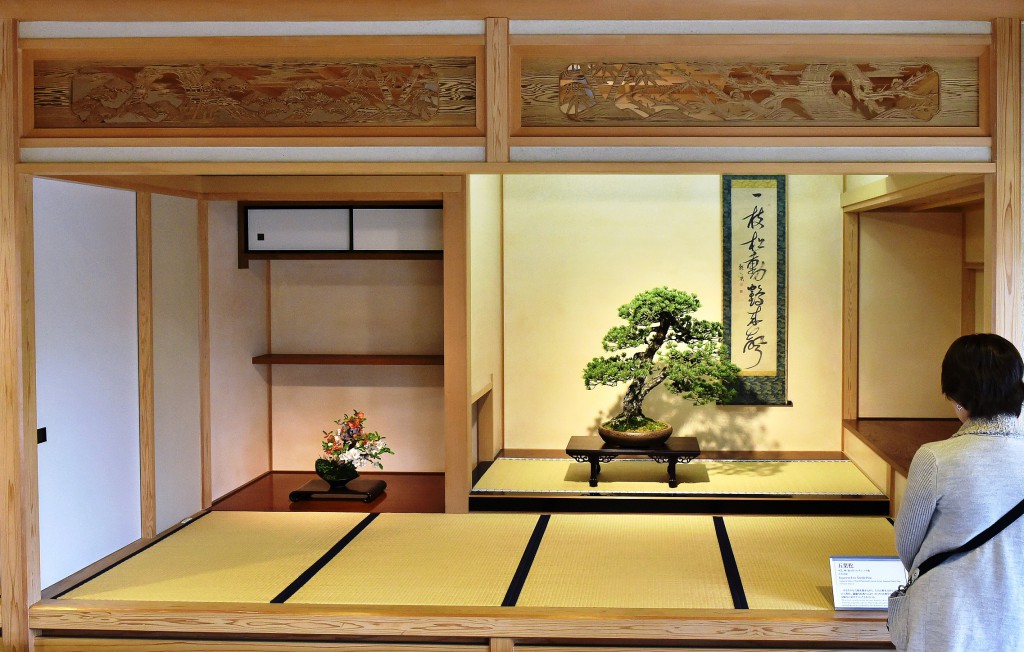 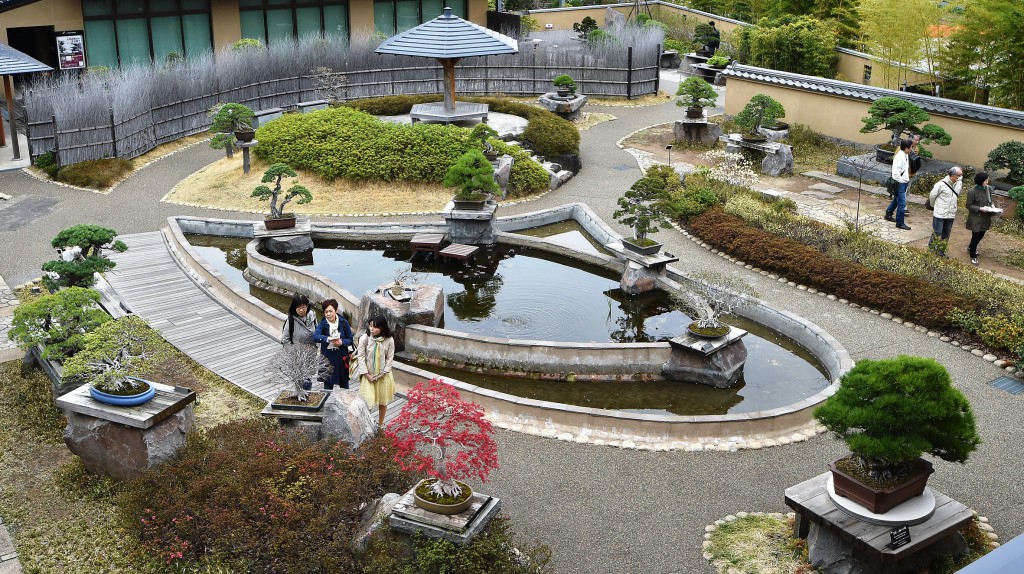 Visitors can thoroughly enjoy many bonsai works out in the garden

This entry was posted in Others, Photos and tagged News. Bookmark the permalink.