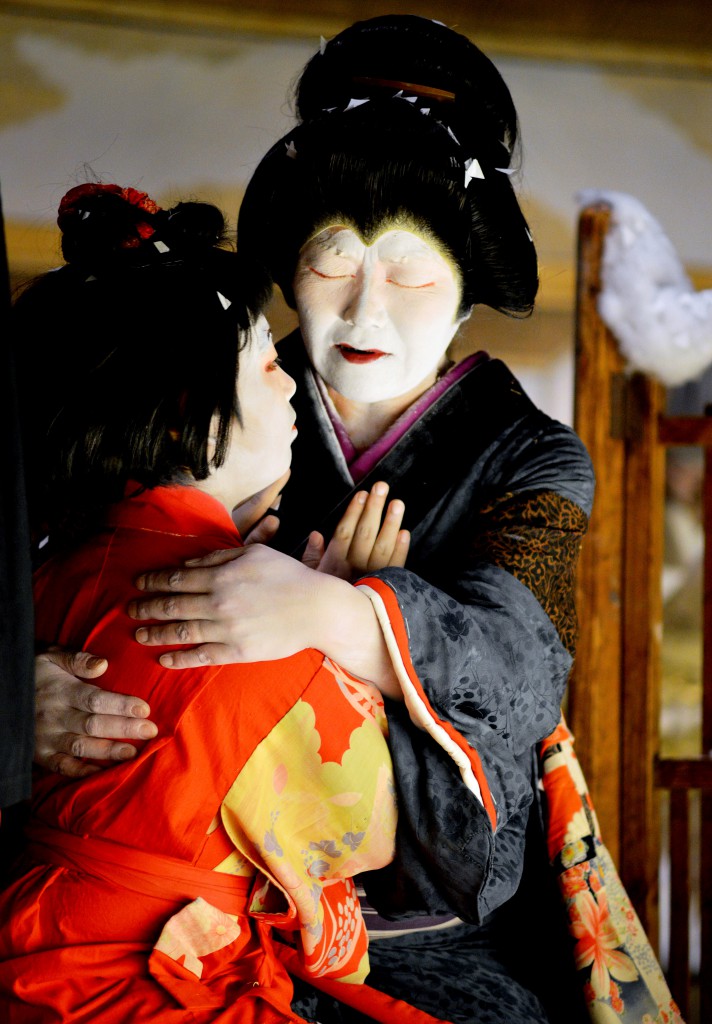 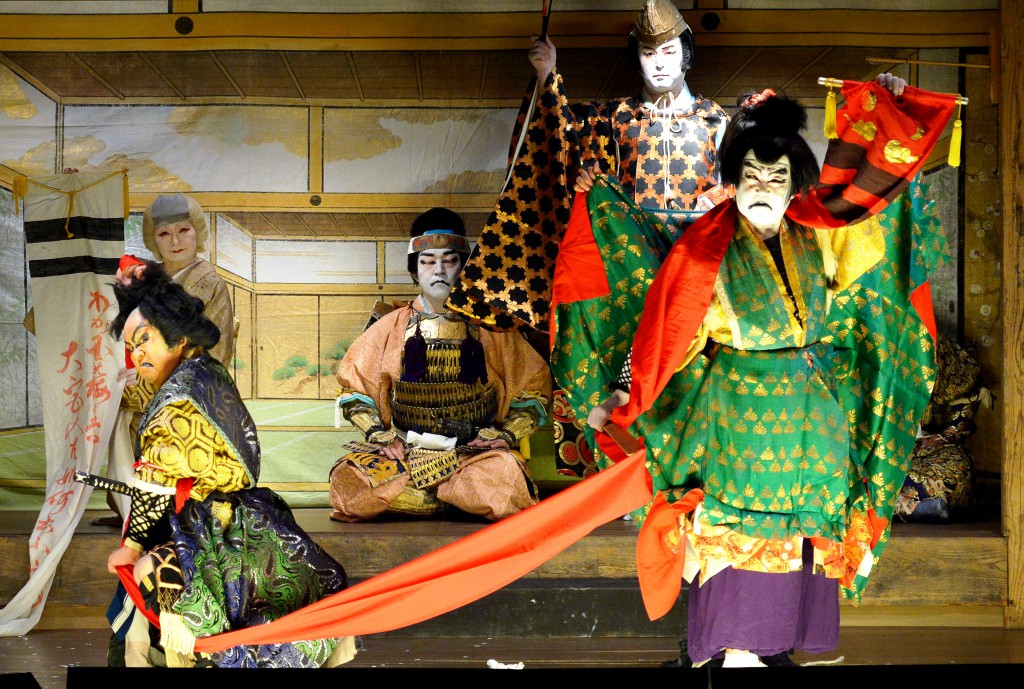 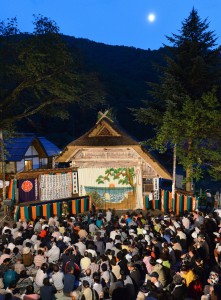 Open space in front of out-door kabuki theater packed with people waiting for play to begin.

On the evening of September 6, 2014, a shrine located in the central part of the Hinoemata village was packed with people waiting for a kabuki play to begin. It was the day for a group of local kabuki actors to do its last kabuki performance of the year, and there was an audience of almost 800 people in the shrine of the village with a population of 600.

The actors played a human event story about revenge against Minamoto no Yoshiie, a Minamoto clan samurai, by the Abe clan. The story had a particular emphasis on ties between parents and children. Whenever the actors played big scenes with signature phrases and poses, the audience was ensorcelled to applaud.

Hinoemata village is surrounded by steep mountains. The kabuki plays in Hinoemata are performed more than three times a year by the group of about 30 villagers in all ages from school children to veterans in their 70s. The group, Chibanoya Hanakoma-za, can perform 11 different 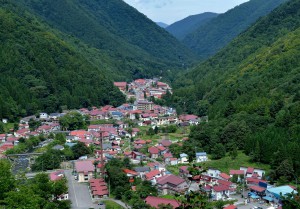 Center of Hinoemata village is surrounded by steep mountains.

“Lines first, facial expressions second and dancing third,” is an instruction given to actors by ancient villagers. Masanori Hoshi, 72, is an ex-principal of the troupe and a guide at a local kabuki folklore museum. “Seniors told me to make audience cry by delivering dramatic lines effectively,” he recalled.

Continuing the grand tradition is a big challenge, but “the villagers have a pride in continuing the tradition to express their dedication to the gods,” said Choichi Hoshi, 66, current principle of the troupe, very proudly. “There might be some difficulties but I’m sure it will be continued as the villagers believe that we need kabuki here.” Masaya Hoshi, 11, a child actor who also performed in the last performance said smilingly, “I may leave the village when I grow up, but I will come home to play kabuki.” 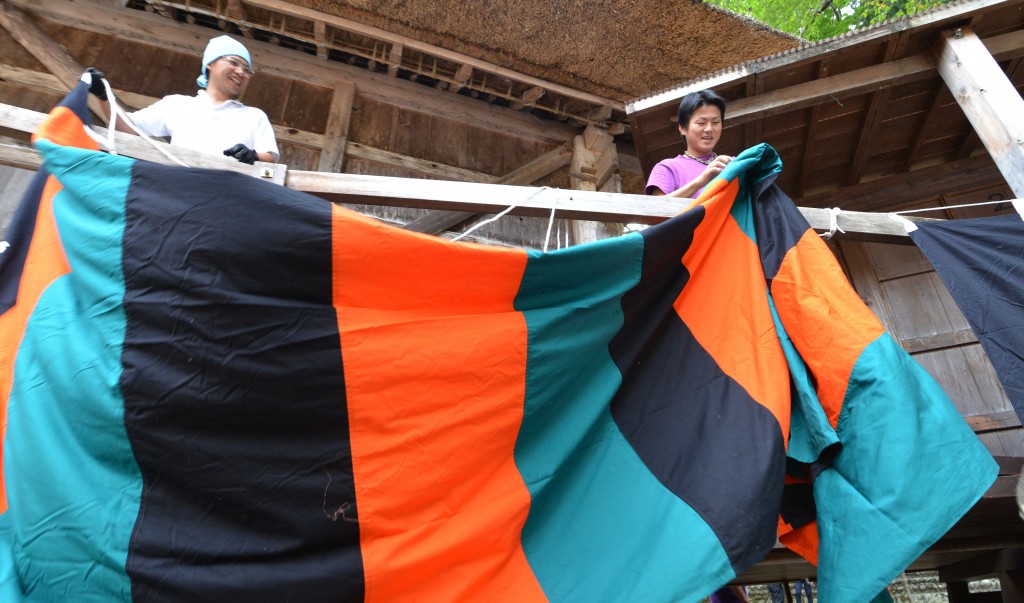 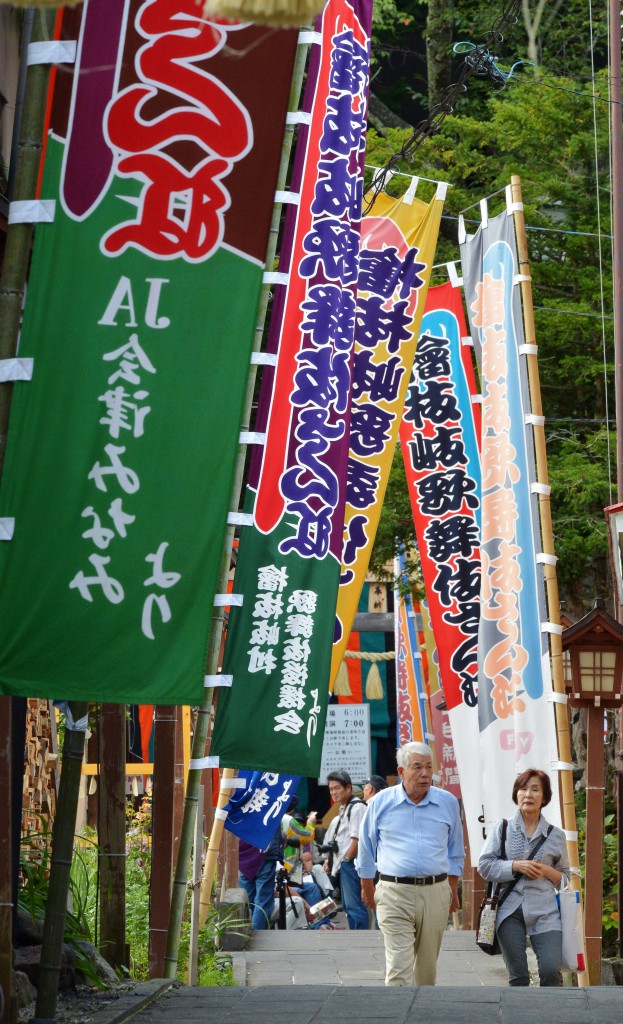 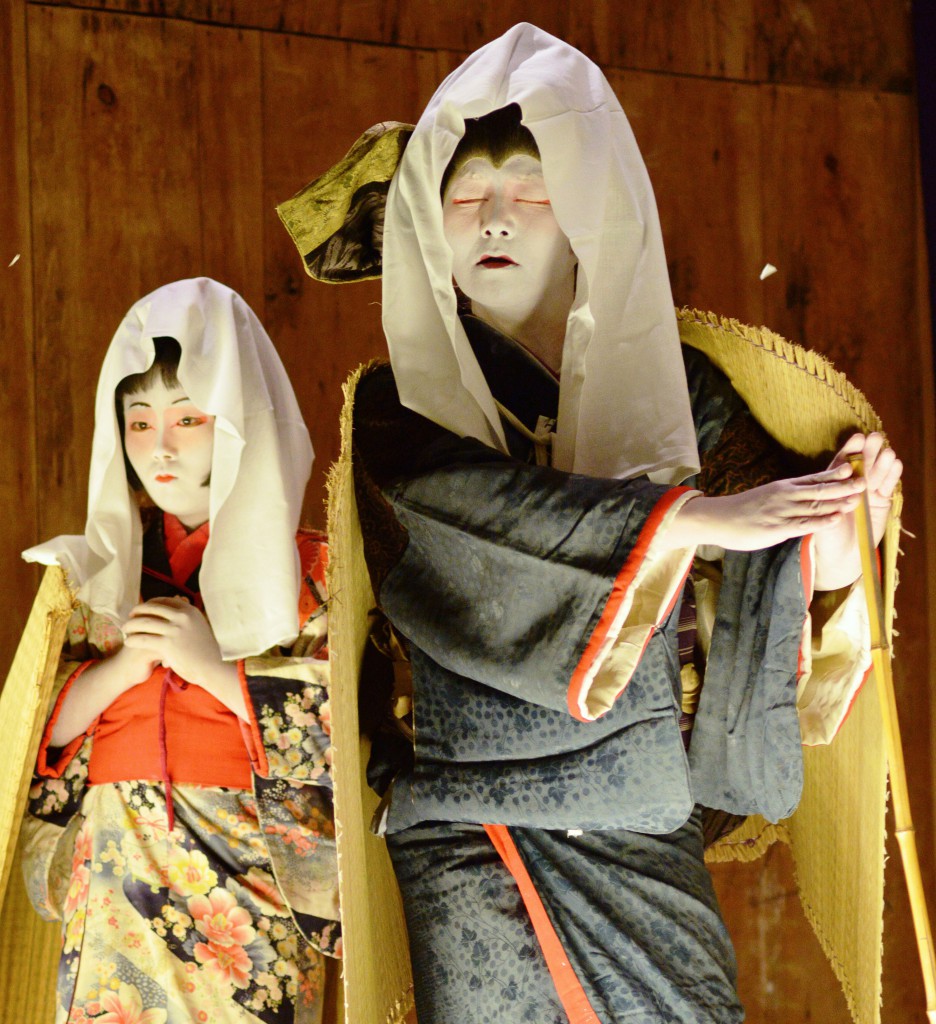 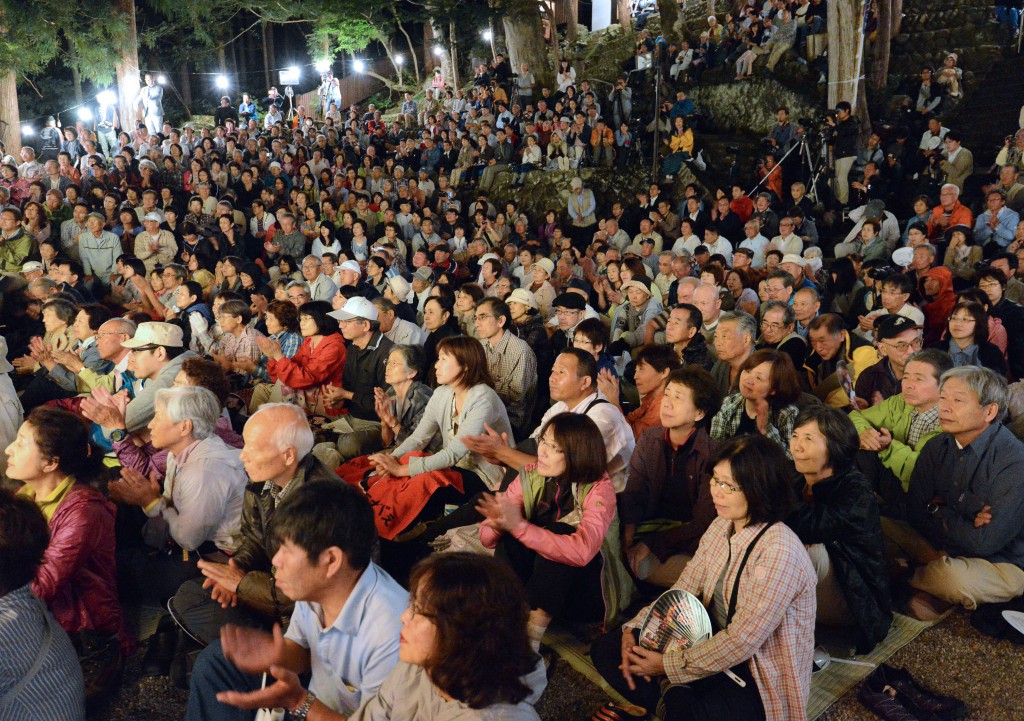 This entry was posted in Others, Photos and tagged News. Bookmark the permalink.