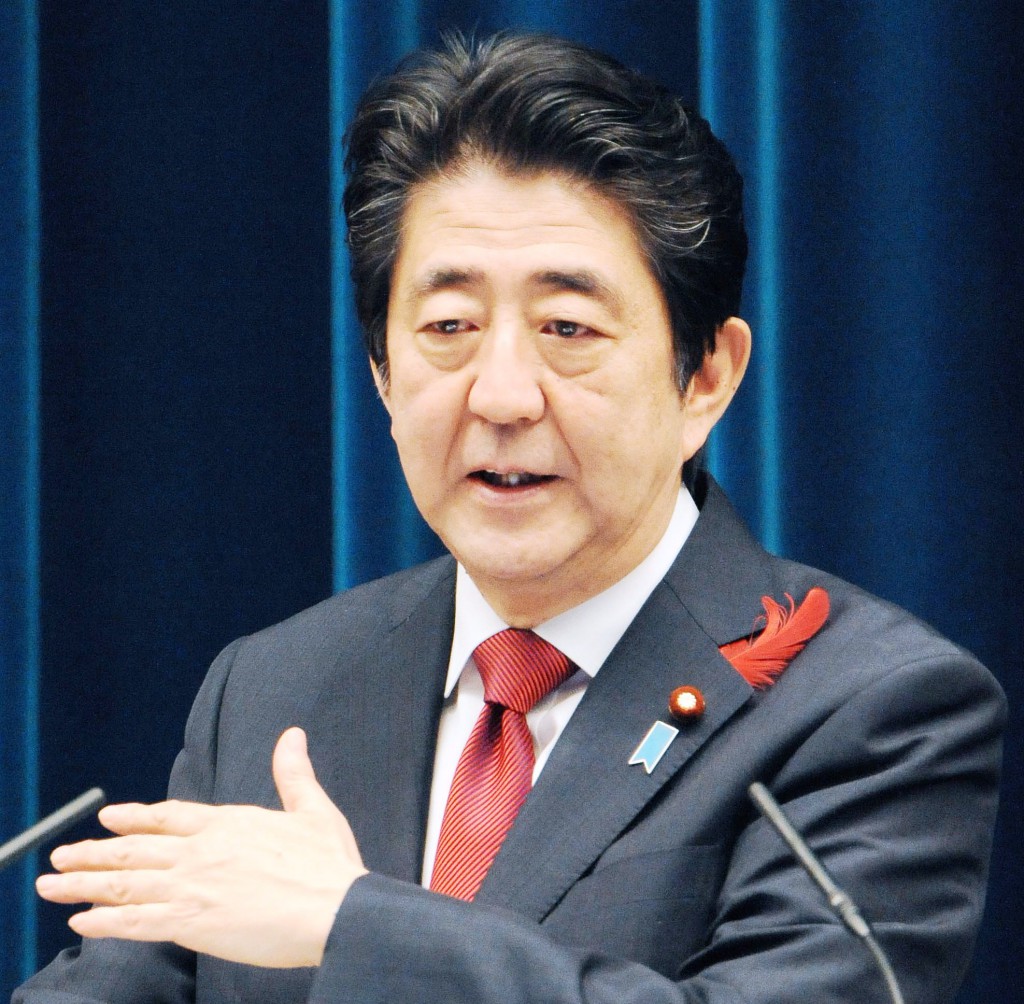 Prime Minister Shinzo Abe speaks at a press conference held in the prime minister’s office on Tuesday, Oct. 7, a day after the announcement of the agreement of the Trans-Pacific Partnership free-trade talks.

Prime Minister Shinzo Abe said Tuesday, Oct. 6, that the government will create a task force to tackle any negative impact on domestic industries from a possible surge in agricultural imports, following the agreement of the Trans-Pacific Partnership free-trade scheme reached the previous day.

The task force, which will include all Cabinet members, will be launched after Akira Amari, minister in charge of the talks, returns from Atlanta where the TPP member nations held a ministerial meeting. It aims to come up with a package of measures to deal with the issue before the government submits a bill to approve the TPP deal to the Diet.

“The whole government will be responsible for coming up with a plan to take all possible measures (to support domestic industries), along with the measures we have obtained through negotiations,” Abe said at a press conference. “We will carefully examine specific repercussions (of the deal) that could come in the future,” he said, indicating that the government will estimate the impact of the agreement on each industry and reflect the results on the measures.

Regarding rice, in which Japan agreed to create new import quotas totaling 78,400 tons, Abe said the government will take necessary steps to prevent an increase in the total volume of rice in the market. The government is expected to purchase the same amount of domestically-produced rice as the new quota and stock them as rice reserves so that they won’t be marketed.

In addition to rice imports, Japan has agreed to realize unprecedented level of market access for other key farm items in the TPP negotiations, such as sharply slashing the duty on beef imports from the current 38.5 percent to 9 percent over 15 years. Many lawmakers of the ruling Liberal Democratic Party worry that the agreement could have an adverse effect on the Upper House election scheduled next summer. The Abe administration apparently is trying to maintain support of farmers by quickly announcing plans to combat any negative fallout from the deal.

During the Lower House election campaigns in 2012, the LDP pledged to “oppose (Japan’s) participation in TPP talks” if “it is assumed that no sanctuaries will be left in abolishing custom duties.” The fact that Japan accepted greater access to its agricultural market in the TPP agreement could worsen farmers’ distrust toward the Abe administration.

Many farmers already felt betrayed when Abe announced in March 2013 that the nation would formally join the TPP talks, because the negotiations were, in principle, aimed at removing all tariffs.

In April that year, the agriculture committees of both the Lower and Upper Houses adopted a resolution demanding the government protect five sensitive farm items – rice, wheat, beef and pork, sugar and dairy products industries – and maintain customs duties on them.

Abe stressed his administration did not breach the promise the ruling party made with the Japanese people before joining the TPP talks. At the news conference, Abe maintained that his government has observed the Diet resolution by winning “a number of exemptions” from tariff elimination.