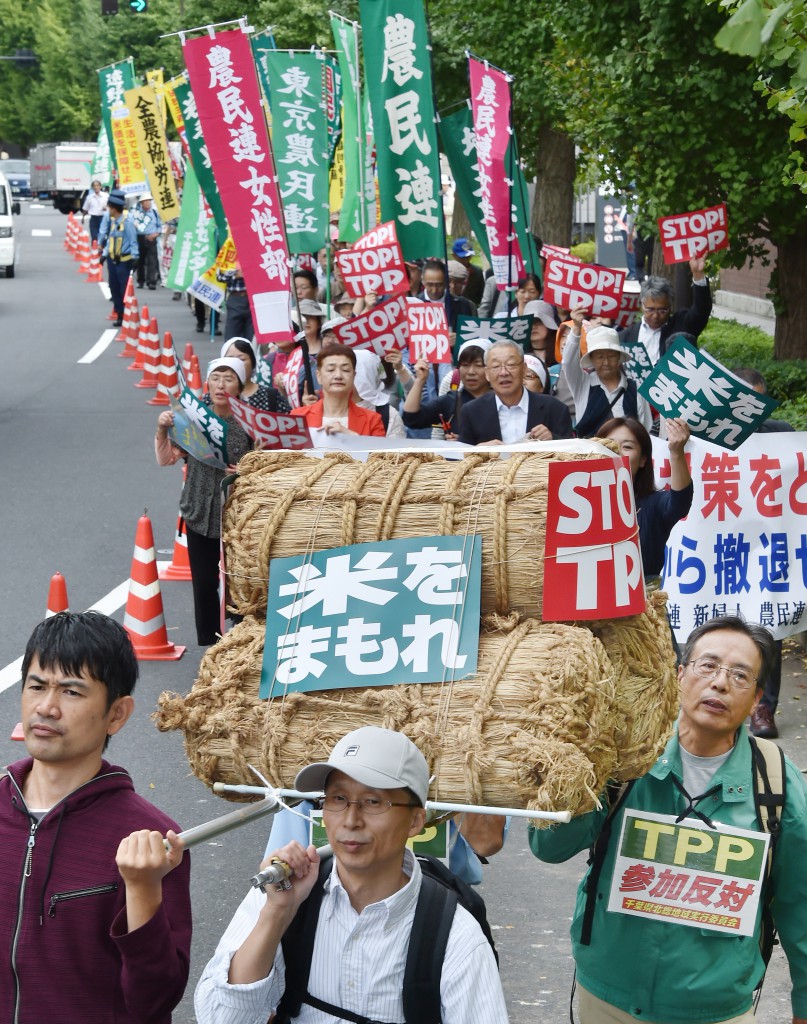 Farmers rally around the Diet building on Tuesday, Sept. 29, calling for recovery in rice prices and protection of sensitive farm products.

Some 250 farmers from across the nation gathered in Tokyo on Tuesday, Sept. 29, to rally against the Trans-Pacific Partnership free-trade talks, calling on the government to keep the Diet resolutions which pledge to protect key farm items.

Headed by two tractors, the farmers paraded about 2 km from Hibiya Park to the Diet, carrying banners and mikoshi portable shrine made of straw sacks filled with rice. They called out: “Protect rice!” “Withdraw from TPP!”

The demonstration was hosted by four farmers’ organizations including Japan Family Farmers Movement. After the rally, they met with a farm ministry official and urged the government not to expand rice imports, as reported to be mulled in the TPP negotiations, considering that rice farmers are already suffering from declining rice prices. They also submitted a letter of request to farm minister Yoshimasa Hayashi. 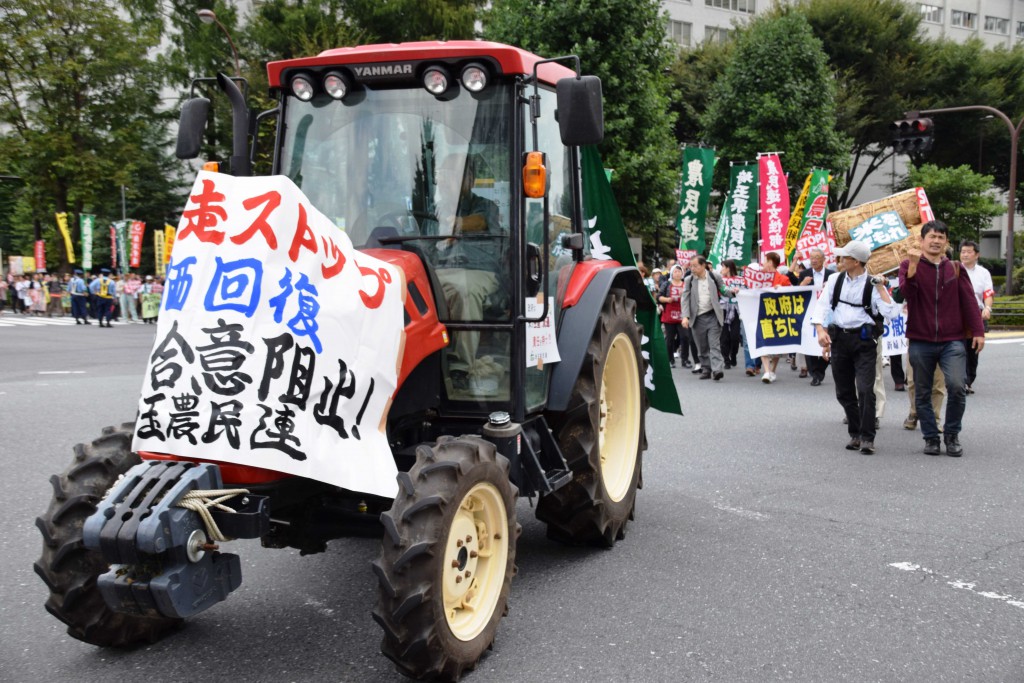 A tractor heads a rally of farmers protesting against the Trans-Pacific
Partnership free-trade talks on Tuesday, Sept. 29, in Tokyo’s Kasumigaseki
district where government ministries are located.