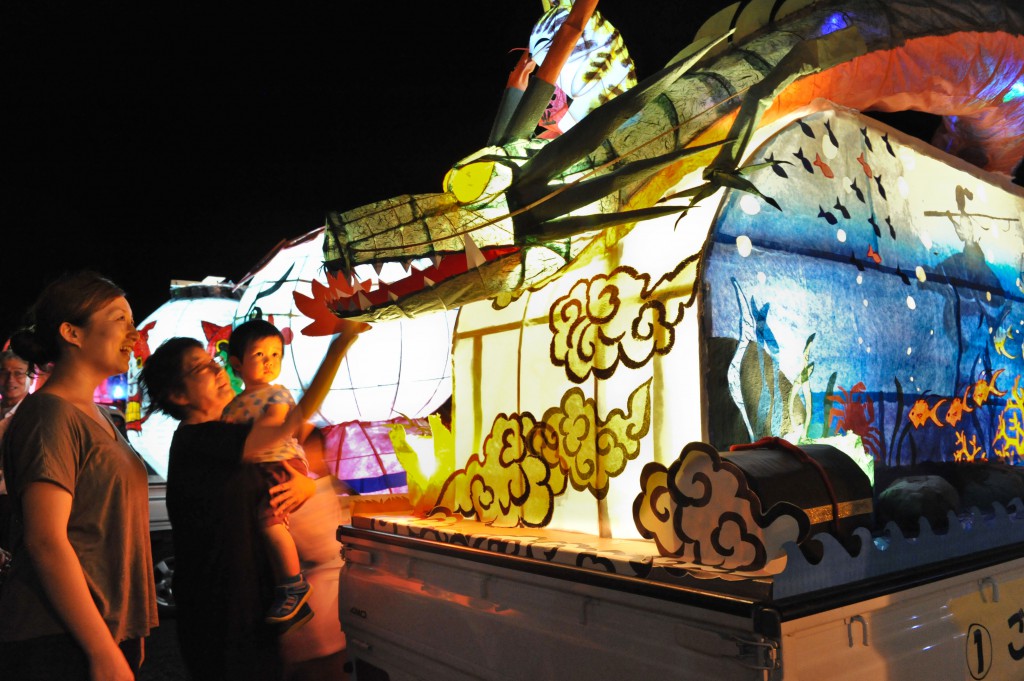 Visitors enjoying lanterns on trucks during their brief stop. The parade is loved by everyone from children to adults (in Toyota-shi, Aichi Prefecture)

August 14, the middle day of Japanese bon holidays in its old calendar, was the day for pickup trucks with big illuminated paper lanterns to parade down the roads in Obara district of Toyota-shi, Aichi Prefecture. The parade is held by local residents to welcome those who are home on holidays and to communicate how attractive and lively their living will be back in their hometown. 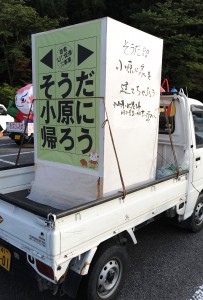 One truck was carrying a lantern with a simple message: Now it’s time to come home in Obara

The event started three years ago in order to encourage people who left the town for schooling or working to come home and enjoy reunion. In 2015, eight pickup trucks paraded down the roads.

The trucks left Obara branch of Toyota City Office in the evening and drove through the area with lots of rice paddies and mountains for about three hours. Audience on the roads was happy waiting for the lights to come. “Here they come!” they cried when they saw the first light of the lantern trucks.

Bamboo and wire frames are covered with Obara washi traditional Japanese paper. They are illuminated from inside using electric bulbs and set up on the pickup trucks. Some lanterns conveyed messages like “Come home to Obara,” while some others had drawings of famous characters. 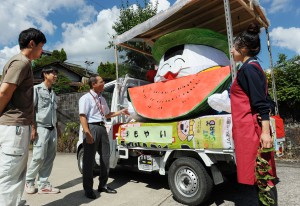 Some local farmers and members of Obara Branch of JA (Japan Agricultural Cooperative) Aichi Toyota formed “Team Moyai” three years ago to participate in the event. This year, it built a lantern of Kometta-kun, a mascot character designed to help promote the sales of locally-grown rice. According to Hiromi Iki, 31, one of the branch members, “It took almost three weeks of big efforts to build the lantern after work.”

The event was proposed by Masami Takeuchi, a 64-year-old man who returned to the town eight years ago. His idea is now carried out by the committee of local residents that aims to make more young people to come home after graduating from schools or once finding jobs outside their hometown. “I hope to make young people to find this place more attractive and a good place to live,” said Takeuchi. Kazuna Hayashi, 31, saw the parade while she was visiting her hometown in Aisai-shi, Aichi Prefecture with her husband. “It’s creating a good mood and I think this is a very good event,” she said.

On August 15, the next day, the result of the popularity votes by the audience was announced. The first prize went to the dragon-shaped lantern made by a group of local homemakers. A member of the winning team, Toshiko Ide, 51, said, “I hope this will help Obara to get revitalized.” 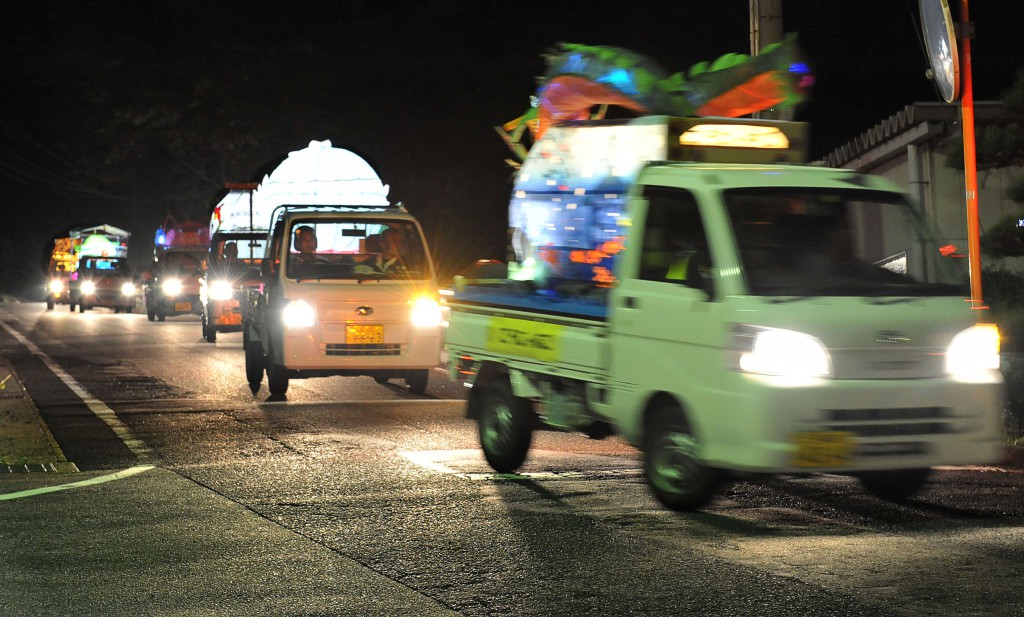 Pickup trucks with illuminated lanterns paraded down the roads at night 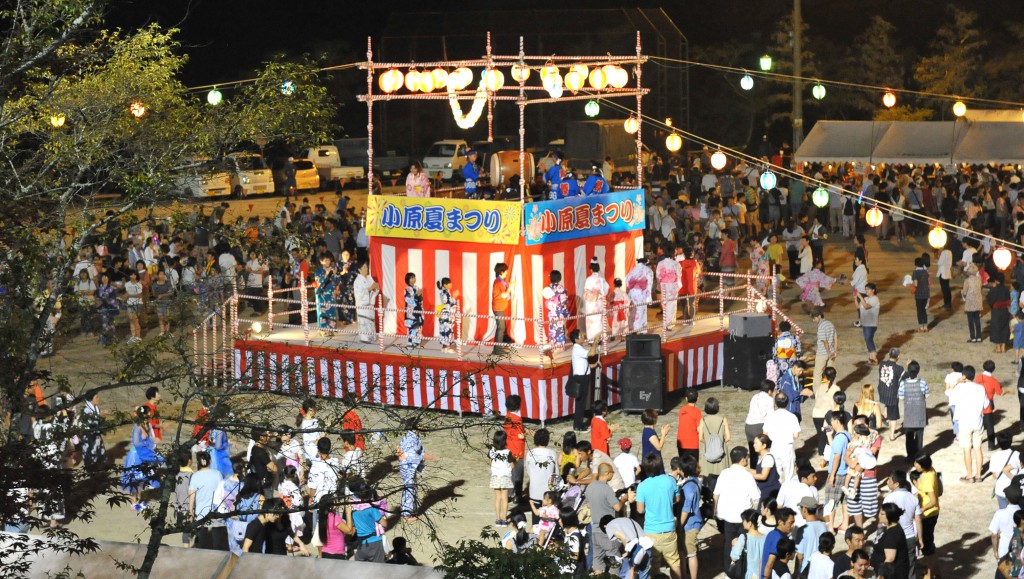 Obara summer bon-dance festival was held on August 15. People who returned home can enjoy both parade and festival