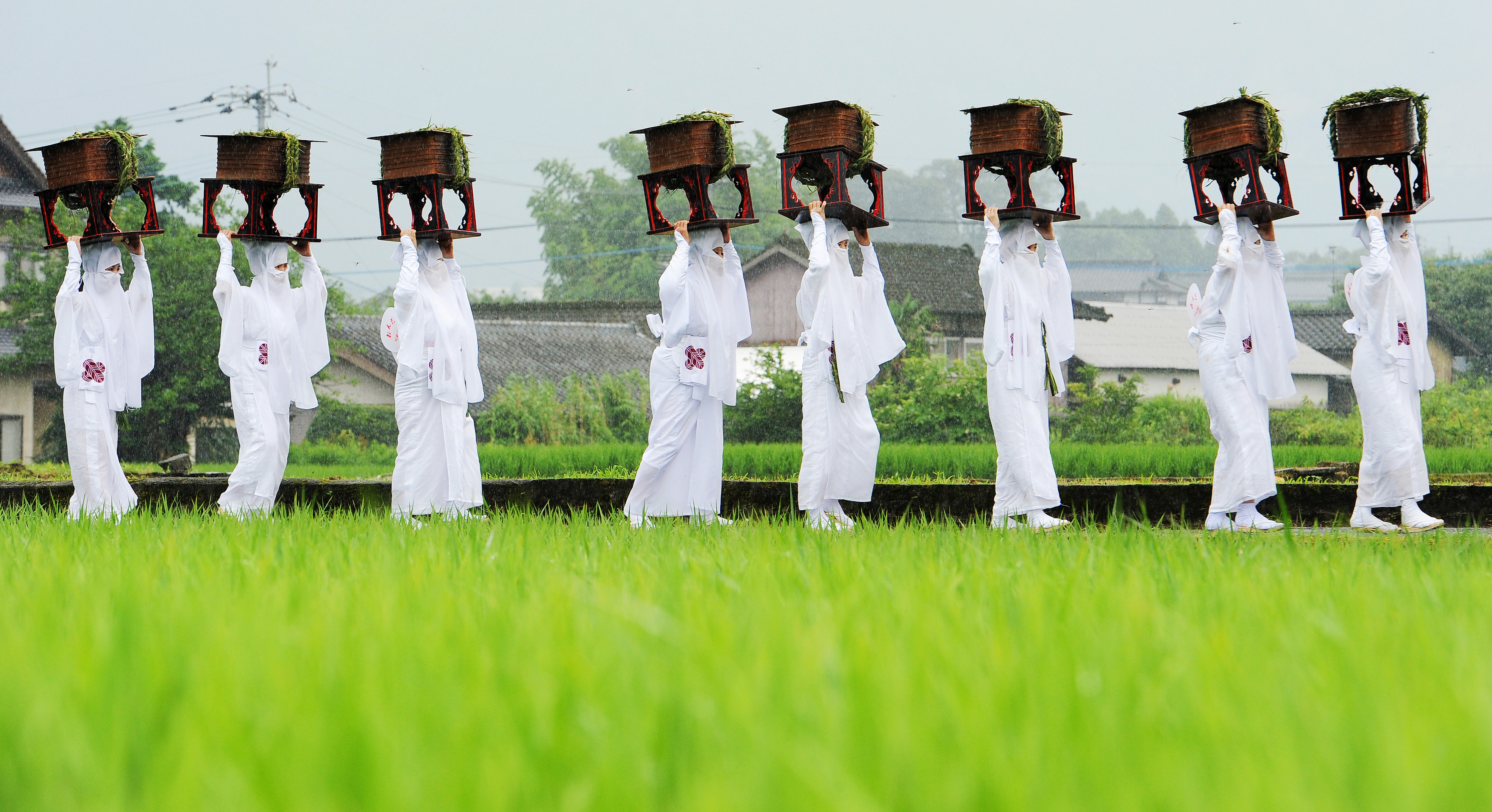 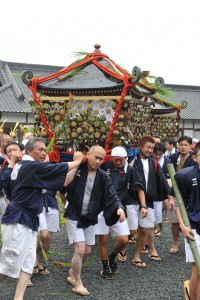 Every year on July 28 in Aso-shi, Kumamoto Prefecture, a festival called Onda Matsuri is held to express hopes of local farmers for abundant harvests. A long procession of nearly two hundred locals including woman dressed all in white and carrying the meals for the gods (unari), portable shrines (mikoshi) and female rice planters (saotome) on horses walk around the farming village. The parade started at 11:30 a.m. at the sound of the drum. Fourteen unari, four mikoshi, ten horses and other attendants left Aso Shrine to make a round trip of approximately three kilometers through the village. According to the tradition, the shrine divinities are on the four mikoshi, making a tour of the rice paddies to observe the growth of this year’s crop. On the way, the attendants gave some performance such as Onda songs and  shrine rituals and stopped at two resting points (okariya) to present the offerings to the gods. 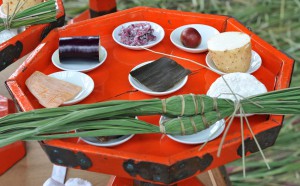 Unari are local women in their 40s through 70s. The boxes they carry contain nine different foods such as sweet rice dumplings (chimaki), rice cakes (mochi), Japanese yam (yamaimo) and eggplants (nasu). Each box is as heavy as 4 kilograms. Saomi I, 64, has been performing unari for almost 20 years. She said, “I’ve loved this festival from my childhood days. I used to follow the crowd all the way. Now as one of the unari, I pay utmost attention not to drop anything, not to trip on anything.” Onda Matsuri is a festival with a long history. There is a record relating to it which was held in the late Kamakura Period. However, there is no clear record to show when exactly it was founded. Now it attracts nearly 3,000 people including a lot of amateur photographers. At the same time, the festival suffers from the outflow of young villagers to urban areas. Mikoshi should be carried by male local villagers of over the age of 18, but recently, “people from other areas often join us as helpers,” according to Yoshiomi Iwashita, 49, leader of the first mikoshi carrier team. The long line of people returned to Aso Shrine at around 5:00 p.m. I said, “My favorite part of the festival is that it makes people happy and smiling. I hope to carry on the torch for years to come.” 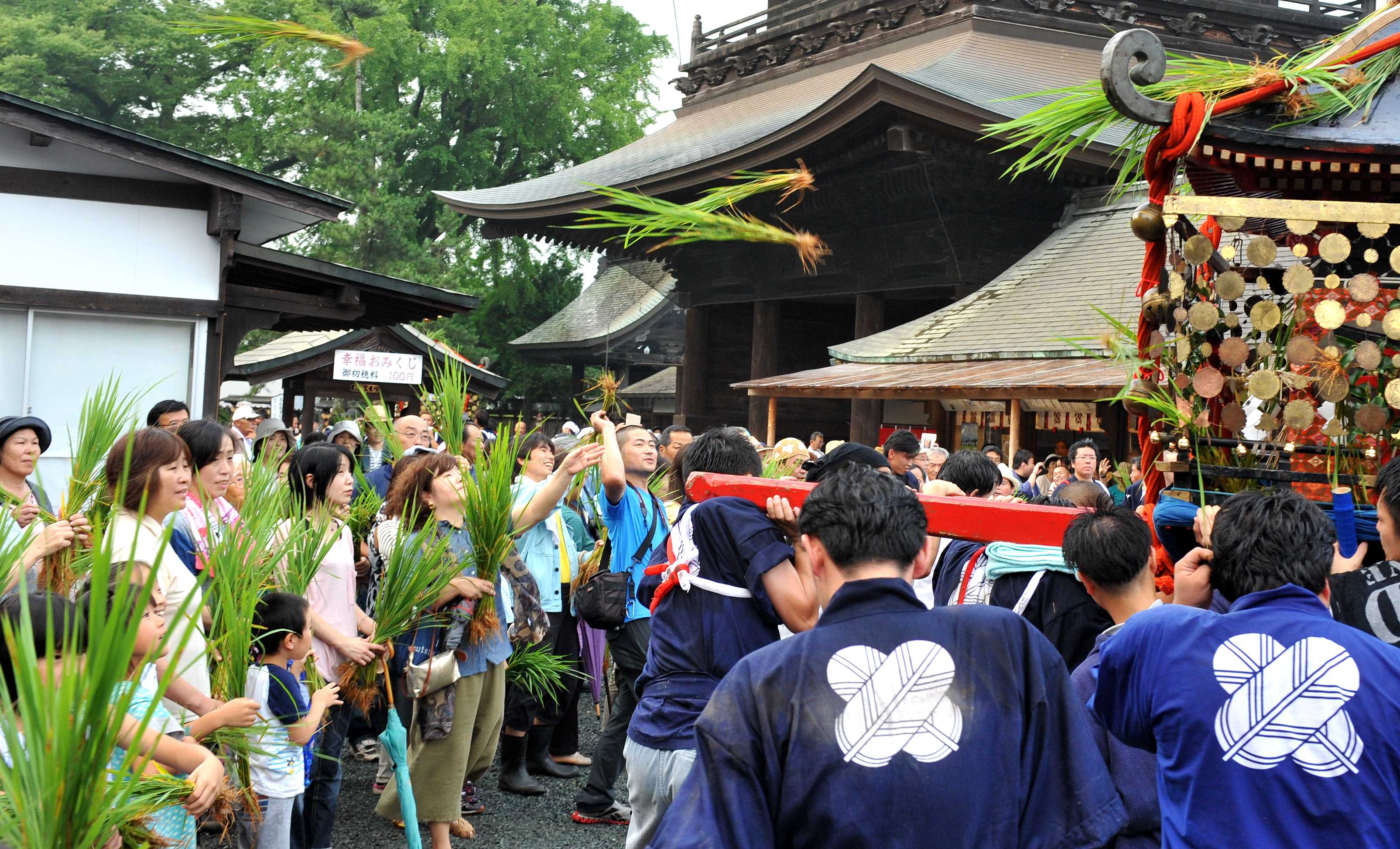 Attendants tossing rice stalks onto mikoshi. The more stalks stay on roofs, the better the harvest will be, according to tradition 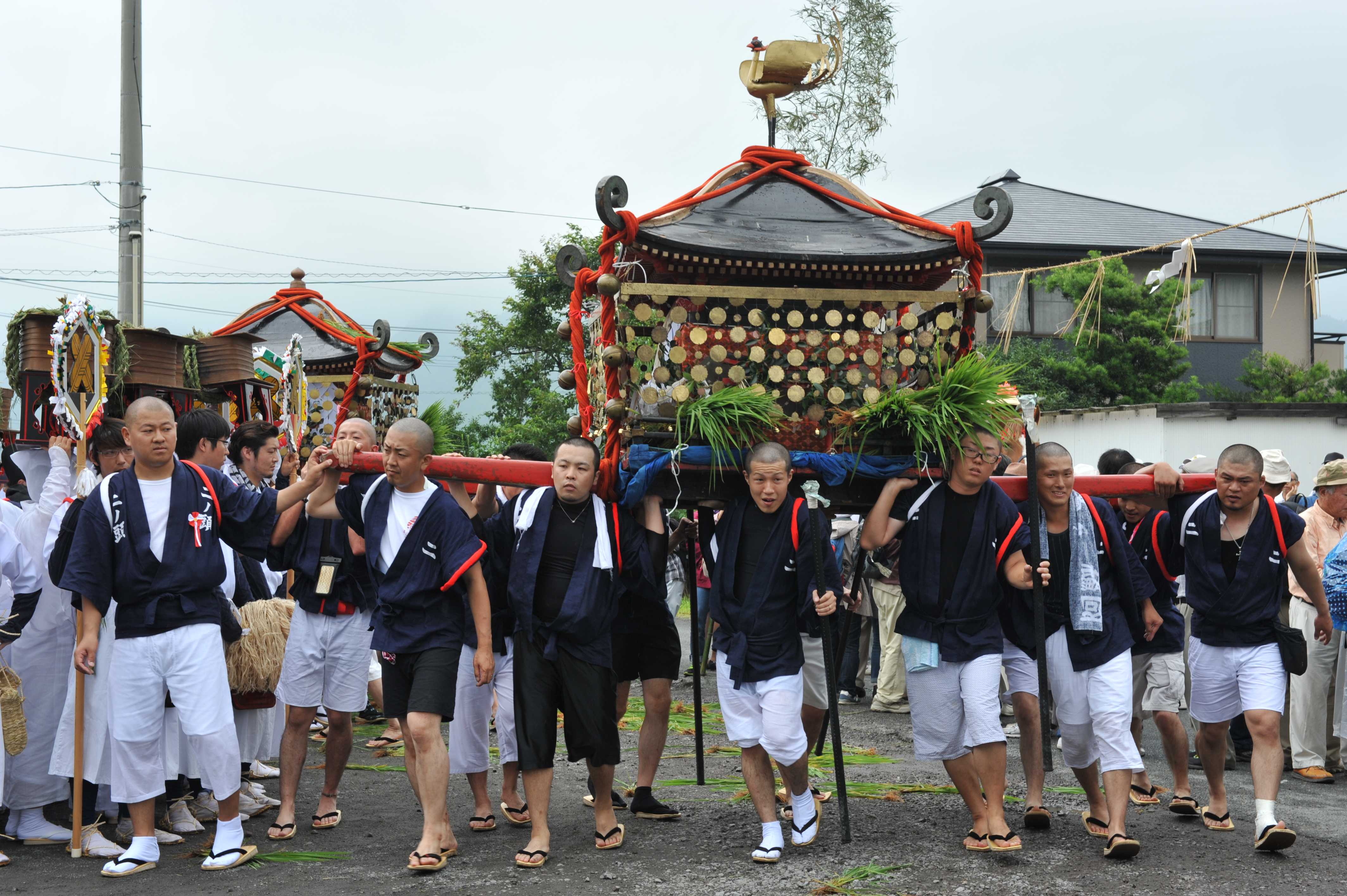 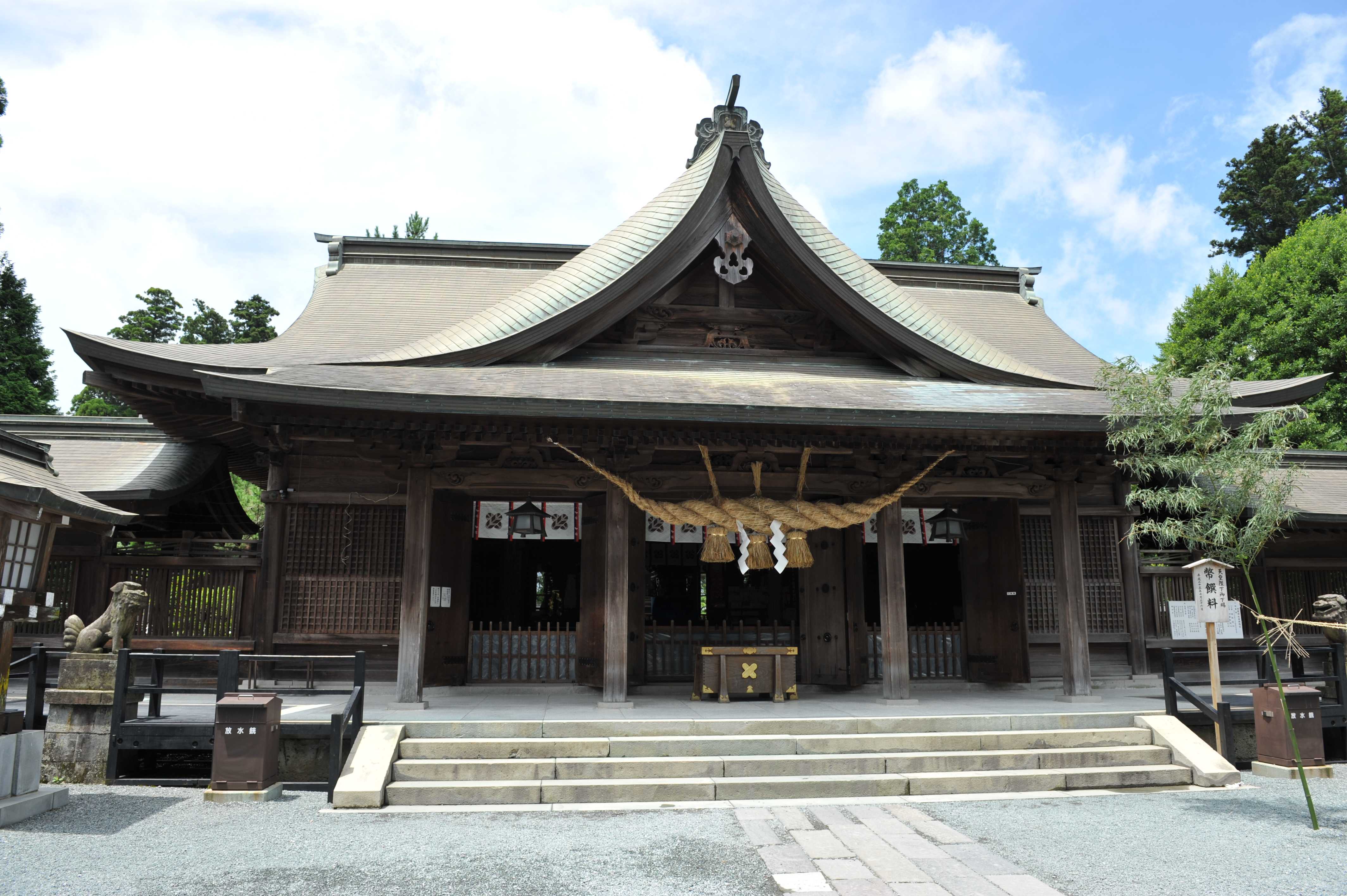