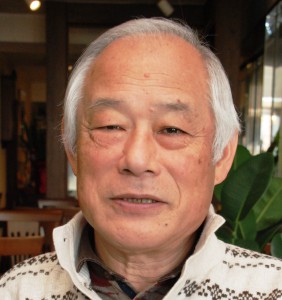 The U.S. House of Representatives has narrowly passed the Trade Promotion Authority bill, which would give President Barack Obama the latitude to negotiate a 12-nation Pacific trade deal sought by most Republicans, but since Democrats sank the related Trade Adjustment Assistance bill to slow down the process, further Congressional maneuvering is expected this week.

It is surprising that the Trans-Pacific Partnership free-trade talks is becoming such an issue of controversy in U.S. politics. This shows that democracy still exists in the U.S. unlike in Japan, where the government is rushing to conclude the talks. Prime Minister Shinzo Abe has declared in his speech made in U.S. Congress in April that as for U.S.-Japan negotiations, “the goal is near.” Can we possibly allow the government to reach that goal?

The TPP talks became a political issue in Japan in April 2013, when the Diet approved a resolution stating that five key agricultural products, including rice and beef, should be exempted from tariff negotiations or be subject to renegotiation. It also stated that the government must not accept even the gradual elimination of tariffs over a period of more than ten years.

However, there is a danger of the resolution being interpreted as refusing only tariff elimination and allowing tariff cuts. Similar interpretation was made during the negotiations for the Japan-Australia economic partnership agreement.

This year’s annual agriculture white paper quoted the Diet resolution in the chapter for the TPP talks, stating that the five key items should be exempted from tariff negotiations or become subject to renegotiation. This indicates the government’s priority should be put on exempting key items from negotiations as a whole, not on whether to allow tariff eliminations or cuts. This should be the Diet’s consensus, as the white paper is approved by the Diet.

TPP negotiations are in a way the Japan-U.S. bilateral negotiations on farm products continued. If Japan makes compromises such as large tariff cuts for beef and pork and creation of a special rice import quota, it is highly likely that Japan will be bound by such compromises in the future, regardless of whether or not the TPP talks are settled. It should be made clear that the Diet resolution has the power to block such possibilities.

The agriculture industry should not stand alone in its fight against the TPP talks. The Diet resolution also states that no stipulation of investor-state dispute settlement with prejudice to national sovereignty should be made. Public works projects, conducted by the government to protect the people’s safety, health and environment, become subject to investor-state dispute settlement unless they infringe on foreign investors’ rights. This means the investor-state dispute settlement system in itself is an infringement of national sovereignty. Under the TPP trade rules governing state-owned enterprises, Japan Post Holdings and Narita International Airport Corp. would be barred from receiving cheap public loans or favoring domestic businesses over foreign rivals to stand on an equal footing with private firms. Extending the period of data protection for new medicines under the TPP framework would also give adverse impact on people’s health.

Japanese people should be made aware that the fight against the TPP talks is a struggle to protect the nation’s security, health, environment and agriculture from constant profit-seeking pressure by multinational conglomerates.

To conduct campaigns against the TPP talks, people need to have accurate information. While the U.S. and Australia are moving toward giving legislators access to the draft text of the TPP talks, the Japanese government strongly refuses to do so, giving as reasons differences in lawmakers’ confidentiality obligations between the U.S. and Japan. The government’s action goes against the Diet resolution which calls for the need to report promptly to the Diet any information acquired in the course of negotiations and to publicize this information in order to assure adequate and wide-ranging public debate.

Let us reaffirm everything stated in the Diet resolution and thrust it before the Abe administration which has repeatedly used authoritarian decision making.