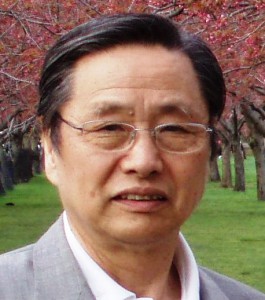 The United States Congress is divided over the so-called trade promotion authority (TPA) bill, which is at the center of attention among people in the trade field as whether it is passed or not largely affects the fate of upcoming negotiations for the Trans-Pacific Partnership free-trade talks.

At the same time, the ongoing confusion in the Congress over the bill gave us the opportunity to get a glimpse of what has attracted little attention until now – the decision making process in the U.S., which involves President Barack Obama, Congress, special interest groups and, last but not least, lobbyists who try to influence legislation on behalf of the interest groups.

In the U.S., which has a long history of direct democracy, the president takes a strongly confrontational position vis-a-vis Congress and vice versa. Because direct democracy in theory is achieved by direct participation of all citizens, each member of Congress tends to be devoted to speaking on behalf of voters and pursuing interests of the community where his or her constituency is located. On the other hand, the president is in a position to work to represent national interests in order to gain nationwide support.

The Article 2, Section 3, Clause 1 of the U.S. Constitution states the president who has the executive power is required to provide the full Congress which holds legislative powers with a “State of the Union” address to lay out his legislative agenda. Obama has addressed in a special message to Congress the issue of granting the White House authority to sign a TPP agreement.

Members of Congress are appointed to serve on standing committees – 16 in the Senate and 19 in the House of Representatives – based on their regional, educational and cultural backgrounds and expertise.

Although Congress is a legislative branch of the federal government, the Senate and the House of Representatives are like a collection of small executive offices, considering the number and the lineup of staff working for each member. Specifically, a member of the House of Representatives can hire up to 18 full-time and four part-time staffers, and a Senator may hire more under the budget allocated according to the population of the state he or she represents. In addition, there are support agency staff members, including roughly 5,000 working at the Library of Congress, 900 at the Congressional Research Service, 5,000 at the Government Accountability Office and 200 at the Congressional Budget Office.

Regarding the TPP negotiations, a committee made up of members of Congress and their staffers who represent strong interests of constituencies discuss the issue in great detail day and night.

Then during Congressional deliberations, many interest groups actively lobby with more focus on Congress rather than the government. In creating laws and allocating budgets, members of Congressional committees and subcommittees who represent the interests of regional lobby groups are not required to adhere to party decisions. This means they are largely influenced by pressure from outside. Congress is where lobbyists campaign on behalf of interest groups.

Lobbyists’ targets are members of Congress and their staffers, especially the chief of staff or administrative assistant – equivalent to a policy secretary in the Japanese Diet – who is the chief operating officer of the office. Legislative staffers also become the target of lobbying.

In 1946, the Federal Regulation of Lobbying Act was enacted to establish a registration and disclosure system of those attempting to influence members of Congress, their staff and senior federal government officials. The law was replaced by the more comprehensive Lobbying Disclosure Act of 1995. Many of the lobbyists are former members of Congress, former high-ranking government officials, lawyers and others who are well versed in the complex procedures of Congress. There are even cases where former presidential aides lobbying the president directly.

Japanese negotiators of the TPP talks should be aware that bilateral negotiations with the U.S. are also a battle against influential lobbyists.