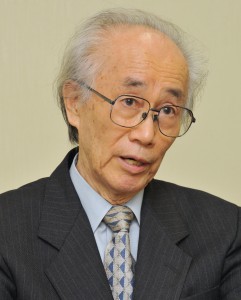 The 189th ordinary Diet session which began on Feb. 12 is dubbed the “screaming for reform” Diet. In his 45-minute policy speech before the Diet, Prime Minister Shinzo Abe mentioned the term “reform” as many as 36 times and cried out that he is determined to reform agricultural co-operatives for the first time in 60 years.

The issue of dismantling the Central Union of Agricultural Co-operatives (JA-Zenchu), which was narrowly agreed upon only three days before the opening of the Diet, has been made the main focus of the Diet session. Those who support the reform plan insist that turning JA-Zenchu into a general incorporated association and taking away its authority to supervise and audit some 700 primary agricultural co-ops nationwide would enable local JAs and ambitious farmers to “work together to open up the future of agriculture.” This is equivalent to blaming JA-Zenchu for failing to promote agriculture in the past. Is it true?

I have always warned that after postal reform, the next target of neoliberal reform advocates would be co-operatives, especially farm co-ops. I have three reasons for thinking so.

First, debate on reforming agricultural co-ops is an issue with a long history. Along with the rise of the notion that deregulation is almighty, recent administrations all alike set up advisory panels concerning deregulation to make it a political issue, targeting farm co-ops. In December 2002, when Junichiro Koizumi was the prime minister, the government’s Council for Regulatory Reform headed by Orix Corp. Chairman Yoshihiko Miyauchi compiled a report calling for agricultural co-ops reform. The report suggested that the JA group be split up, including its credit and mutual aid business, and that farming business be incorporated. Abe was deputy Chief Cabinet Secretary at the time. Agricultural reform was a suitable target to attract public attention.

Second, the Abe administration’s policies seriously lack all the fundamental concepts necessary for a responsible government in today’s society; the idea of income redistribution, recognition of gigantic risks to economy, proper understanding of co-operatives and the concept of social common capital introduced by leading economic theorist Hirofumi Uzawa.

Yasufumi Kanemaru, who heads the agriculture working group of the current Council for Regulatory Reform, attacked JA-Zenchu as a “gigantic zaibatsu (powerful financial and industrial conglomerate)” at a press conference held at the Japan National Press Club in July last year. Kanemaru called for the need to introduce competition among co-operatives and turn them into corporations.

He seems to be totally ignorant of the “co-operation among co-operatives,” the sixth principle put forth by the International Co-operative Alliance.

Third, I have to mention the existence of strong aversion to the “national center of trade unions.” It is reported that JA-Zenchu’s organizational power to mobilize people in campaigning against the Trans-Pacific Partnership free-trade talks reminded the Abe administration of the breakup of the Japanese National Railways in the 1980s. Then Prime Minister Yasuhiro Nakasone later admitted that the real intention of the political decision was to dissolve the powerful National Railway Workers’ Union. The same thing can be said about the postal privatization which followed it.

Abe’s strong feeling of rejection towards the central organization which unites farm co-ops nationwide has led him to try to dismantle the union and its mobilization power under the name of reform. I myself still have a piercing memory of fighting against the Fair Trade Commission’s policy of abolishing the retail price maintenance system of newspapers and other publications, when I was participating in the commission’s advisory panel representing the Japan Newspaper Publishers & Editors Association in mid 1990s.

The next target for the Abe administration is to stop exempting agricultural co-operatives from antitrust laws. Not only farm co-ops, but all co-operatives would become subject to this policy.

Authorities constantly try to dissolve the national center. Regardless of who rules the country, those in power hate the national center which possesses power outside the government. The national center is an opposition force which has a strong influence over the whole nation. We must not allow ourselves being wheedled or twisted around by the false slogans of reform amid domination of the market principle.

<Profile>  Born in Kobe in 1932, Katsuto Uchihashi became an economic critic after working as a newspaper reporter. He has written several books sounding the alarm against market fundamentalism and neoliberal reforms, as well as the government’s nuclear policy. He was awarded by public broadcaster NHK for his contribution to the development of broadcast culture.

This entry was posted in Cooperatives, Food & Agriculture, Trade Talks and tagged Opinion. Bookmark the permalink.