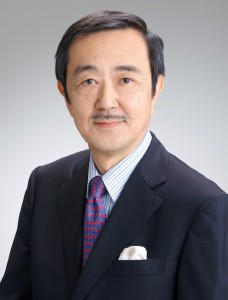 The Japan Revitalization Strategy, which was revised on June 24, placed “shift into aggressive agriculture, forestry and fishery industries” as a key policy to improve competitiveness of the industries. In any industry, it is difficult to secure economic rationality and creative business operation unless independence as an economic entity and sound competition have been promoted, and the agricultural industry is no exception.

In that sense, with an eye to the future of Japanese agriculture, which has been positioned as the top priority of the administration of public subsidies, the JA should be drastically reformed based on the regional current situations in order that it can be an organization that can help farmers in a true sense.

However, a report from the Council for Regulatory Reform reflected in the Japan Revitalization Strategy and news reports after that make me feel deeply concerned about the fact that they are moving toward the opposite direction of turning agriculture into a growing sector. That is to say, in today’s JA reform, the system of the Central Union is too much focused, and formal discussions that lack in essence have been stressed. In such  discussions they insist that the the consulting and auditing functions that restrict fee management of the JA be abolished or that the JA should be incorporated.

In any discussion, what is disregarded most is the auditing system by the current Central Union. Looking at the report of the Council for the Regulatory Reform, it is clear that no assessment or inspection have been done to this auditing system. This significantly runs counter to the basic principle of the revitalization strategy that focuses on strengthening governance, the basis of “earning power.”

The discussion on governance that might lead to weakening of “supervision” of management including the current auditing system is something that overlooks loose management in the name of freedom, and will be a suicidal behavior for the economic system itself.

The auditing system, which is the core of the governance, supports active business developments of the JA, and misunderstanding that the auditing system disturbs free management must be dispelled. That is because the auditing of the Central Union has played an important function as a leading role for management improvement such as verification of business operation or auditing of financial security from a JA member’s viewpoint, exceeding the realm of auditing on statutory financial statements of listed companies.

Moreover, as the audit fee is not charged individually, but is included in the whole assessment, auditors can keep their independence. In this respect, the auditing system of the Central Unions can be seen as ahead of the current certified public accountants audit.

The problem that the Japanese society has in common is that the governance of each economic entity has been significantly weakened or deteriorated.  The abolition of auditing system of the Central Union will surely weaken the governance of the JA, and can be a fatal would for competitiveness of agriculture. This point should never be compromised in the reform.

<Profile> Shinji Hatta ; Born in 1949.  Graduated from Keio University, the Faculty of Economics, he withdrew from the Doctorial Program of the Keio University Faculty of Business and Commerce with the completion of course requirements. Doctor of Professional Accounting. Professor at Aoyama Gakuin University Graduate School of Professional Accountancy since 2005.  Chairman of the Japan Internal Control Research Association. Former chairman of the Japan Auditing Association.

This entry was posted in Cooperatives and tagged Opinion. Bookmark the permalink.